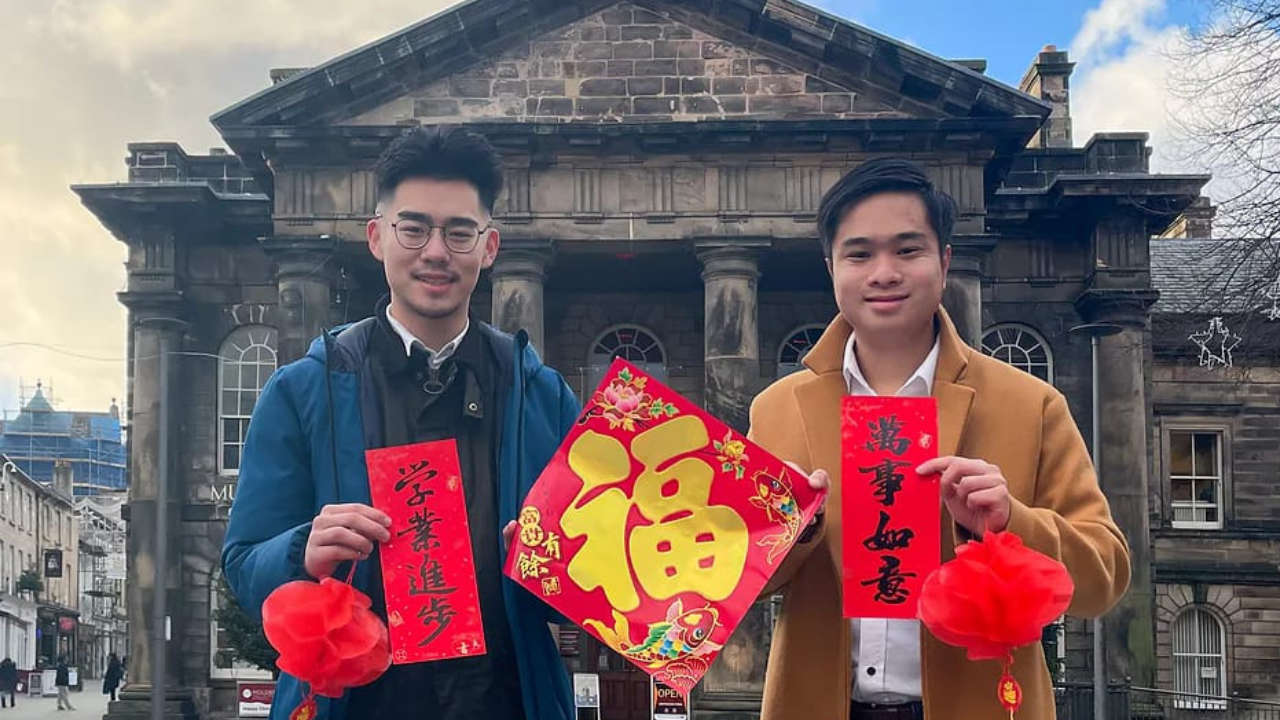 As a weekend long Chinese New Year Festival gets underway in our favourite city, we can wave goodbye to what I always think of as the longest month of our calendar year: January. With its long nights and cold days, it's easy to feel a weariness in winter that can only be shifted by the promise of new beginnings and the approach of spring. One way that I combat winter blues is by filling my days with good music and good people - and I'm in an ideal position to do those things when I'm involved with Beyond Radio. 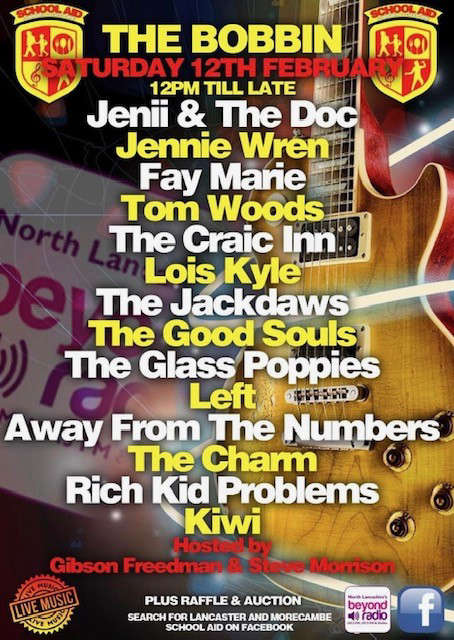 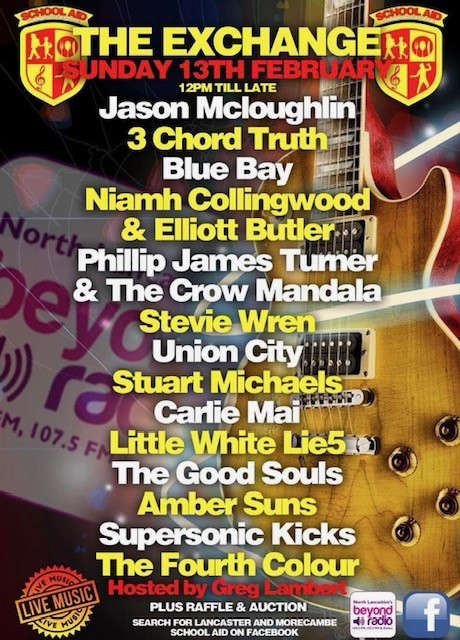 The local School Aid event publicity was well underway early in January by the time I contacted Jay Blackburn, one of the event’s team. After a few social media direct messages we chatted on the phone. Jay spoke about the developments that have led to the two venue and two day event that we now have. Jay works closely with Mark ‘Simmy’ Simpson, that other well known muso from the Lancaster and Morecambe area. I spoke to ‘Simmy’ in a Zoom interview recently, so I can add some highlights of those conversations to my radio shows, too. Together, Jay and Simmy have planned to stage around 30 acts, bands and solo artists, some in Lancaster at The Bobbin and some at The Exchange in Morecambe.

For the benefit of local schools, there will be raffle prizes which have been donated, and other fundraising on the day. But this is not just an excellent show of generosity and charitable work, it’s also an great opportunity for our local bands and artists to showcase their new music and gain valuable exposure.

You will probably recognise many names: Stuart Michaels is a local celebrity, and The Glass Poppies have been playing the local circuit for a number of years now. For many young new indie bands such as Amber Suns and Kiwi, these events can be a prequel to further bookings and future gigs further afield. Check out the full line ups and details of both days on the Facebook pages and other social media. I wouldn’t miss it for the world, I can’t be there on the Sunday but will be joining my co-volunteers from Beyond Radio at the Saturday event in The Bobbin. 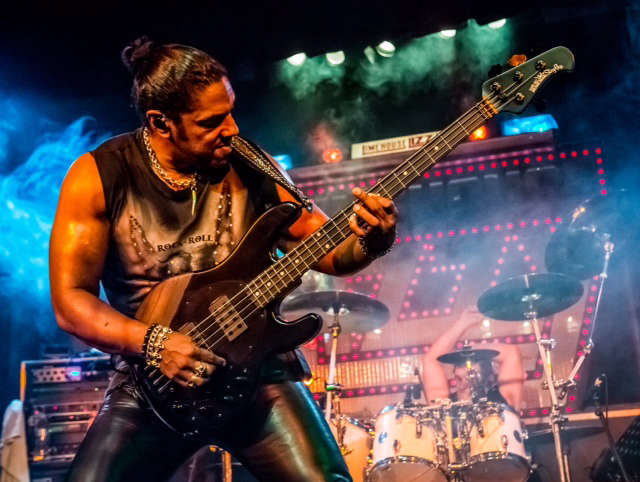 Saturday the 15th of January was a real highlight in the month for me. Not only did I see the excellent Thin Lizzy tribute band ‘Limehouse Lizzy’ play at The Platform in Morecambe, I also interviewed Wayne Ellis of the band.

Wayne is the founder of and driving force of the band. He’s also the energetic showman, shrewd businessman, and very charming musician from Bolton, who still feels a connection with his North of England roots.

He chatted easily and seemed to enjoy the opportunity to talk about his love of music and life on the road with his band. He spoke with pride about their development of the set they play, one that has been honed and crafted over the years. I intend to use the edited highlights of the interview in a Spotlight show, so stay tuned to hear that, but I highly recommend this band to all fans of Thin Lizzy and classic rock. Catch one of their gigs on the tour if you can.

I ventured to Preston and The Ferret on Thursday the 27th of January. I had a ticket for ‘Support Your Local Library: A Gothic Pub Rock Opera’. I wasn’t sure what I was in for to be honest but the acoustic duo ‘Black Liver’ are a fabulously funny comedy duo. Singing and performing some of their own songs, interspersed with anecdotes and chat in a ‘scratch’ performance, the pair lamented the cuts in arts funding, were brutally honest about how they felt about library provisions, and sang about how they feel about their friend's kids. Much was tongue in cheek, as you can imagine, and enjoyed it so much. That was so much fun!

Returning from The Waterloo Bar in Blackpool after seeing Kraftwerk and Depeche Mode tribute bands, I found a very interesting email in my Beyond Radio inbox.

Grace Calver had sent me an MP3 audio file of her new single ‘Zombie Conversations’. It will feature in The New Music Brief this month as my One From The Girls track - regular listeners will understand that reference. I’m delighted to be in a position to help new young artists and Grace is a really positive role model for many: blogger, radio presenter, musician, singer and songwriter. Tune in and listen to her indie pop song on my show this month (Thursday 10 January at 8pm).

Another high point of the month was a private message from an online friend who said that LOWES, the dance music artists, might like to do a Beyond Radio interview with me, and suggested that I contact them to ask. If you don’t know who LOWES are, they are from the Lancaster area and were named as BBC1’s Dance Vocalist Of The Year 2021. I’m so happy to tell you that we are exchanging emails and arranging studio interview date. I’m thrilled at the prospect!

And the last word this month must go to some of those unsung heroes of the live music scene. Having difficulty in booking a rehearsal space to prepare for an important gig, a local band approached me. Could I help and did I know of anywhere they could book or anyone who might be able to help, they wondered.

Well, fans of the rock group Wytch Hazel might already know of our local Morecambe Parish Church and the very cool vicar there, Rev. Chris Krawiec. As a fabulous venue, the church has an additional income and it's an affordable rehearsal space for a new band.

The church has been the location and venue for rock music videos and music in many forms. After a few phone calls and SMS text messages, the local band were able to perform their own original post-punk and indie rock set, a valuable band practice, in a very special venue indeed. Starting the new month of February with a bang, the band almost blew the roof off!

Keep in touch with all developments at Morecambe Parish Church and see Inadequate Flaws perform locally. What a fabulous tale of networking and support - I feel quite proud to have been a part of those community developments. 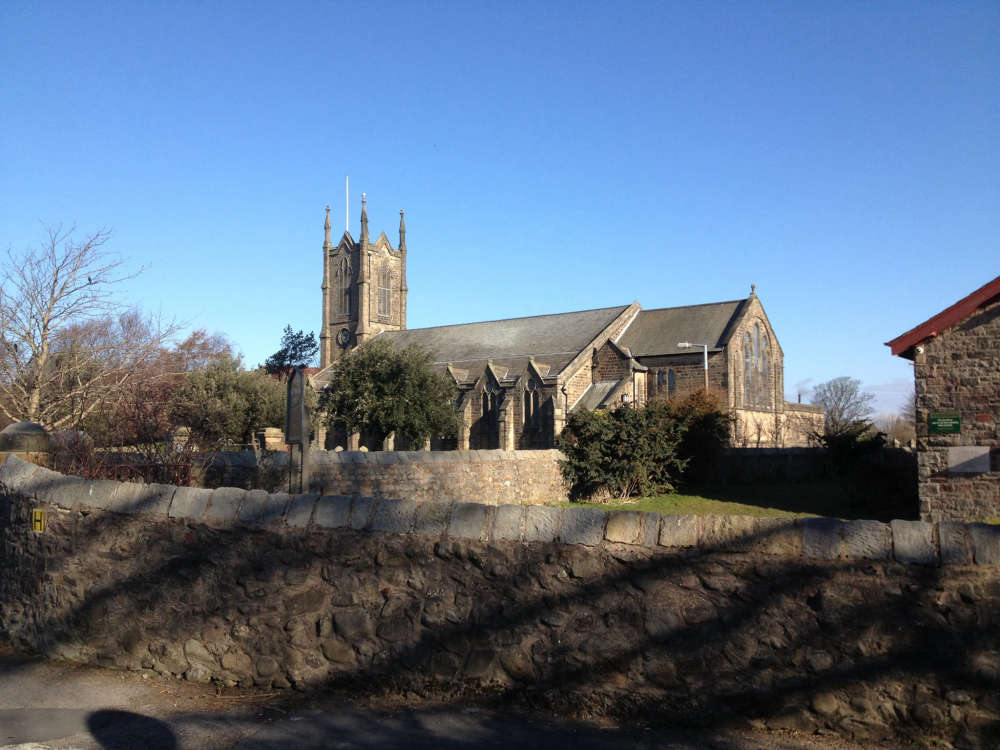 2022
And so this year is well and truly underway. Blue Monday is behind us and spring is just around the corner. I hope you all enjoy the celebrations of the new year. The Year Of The Tiger is traditionally associated with change, apparently, and let us all hope that those will be changes for the better, full of music and the coming together of communities.