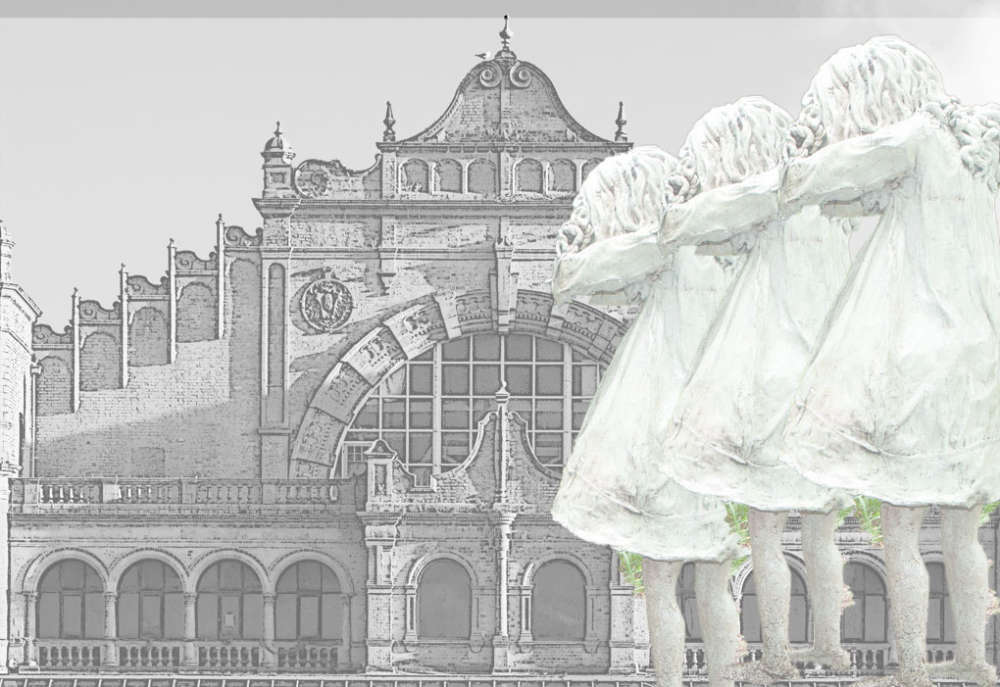 It is a lyrical homage to the theatre of bygone times. Complete with Soundscape and Imagescape the play presents an immersive experience of real and fictionalised events in the life of the theatre. It is a play of voices of characters who might have worked and performed there. A celebration of cleaners and usherettes, musical elephants, boxers and fortune tellers, trapeze artists and more.

The characters gossip and bicker as their memories come alive. Alongside the voices it incorporates a soundscape and images/short film clips from Morecambe and Morecambe Winter Gardens. It is a celebration of history and voices. A mixture of humour and lament.

Approximately 90 minutes long, local actors from the community theatre group The West End Players, Maggie Wignall, Helen Dickinson, David Findlay, Melanie Murphy, June Metcalfe and Matt Panesh will perform as the narrators and voices. Jason Kenny, will compose original music, mixing by Juan Pablo de Lucca and Anton Peys on the Cello. Max Howarth will produce original images to be incorporated with film and images of Morecambe and the Winter Gardens into the imagescape by Lawrence Cwerner.

A celebration of the life and times of this locally loved landmark theatre.