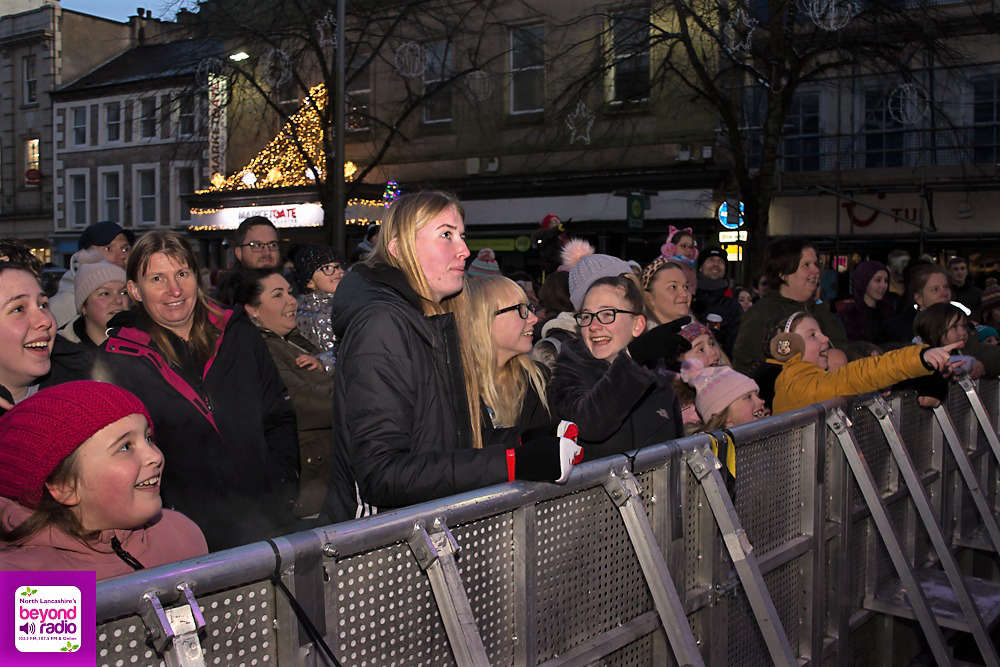 Crowds enjoying the Lancaster Christmas Lights Switch On hosted by Beyond Radio. Photo by Andy Slack.

Lancaster Christmas Lights Switch On pulled thousands to the city centre as the festive period kicked off in style with help from Beyond Radio.

Beyond Radio was delighted to host the main stage in Market Square for an afternoon of fantastic live entertainment in front of an excited crowd.

The festivities came to a crescendo when the city centre Christmas lights were switched on with a little help from Father Christmas and friends!

Earlier the afternoon's events began with the CancerCare Santa Dash as snow fell on Lancaster's shopping streets and local samba drummers Samba Espirito pounded out a percussive beat to send the entrants - dressed in Santa suits - on their way!

Then the live entertainment began on the main stage, hosted by Beyond Radio's Greg Lambert with help from Nathan Hill and the Beyond Bear.

The programme included some superb local acts including the Laura Sandham School of Dance, the Craic Inn band, The Performance Studios, The Beets, Roses and Thorns, as well as cast members from The Dukes and Grand Theatre Christmas shows, Elsa and Anna from Frozen, and Bruno Mars and Little Mix tribute acts.

The event was organised by Lancaster BID and sponsored by Stagecoach.

You can Listen Again to our three hour show from the Lancaster Christmas Lights Switch On, hosted by Chris Brookbanks and Gibson Freedman, at the Listen Again page of our website.