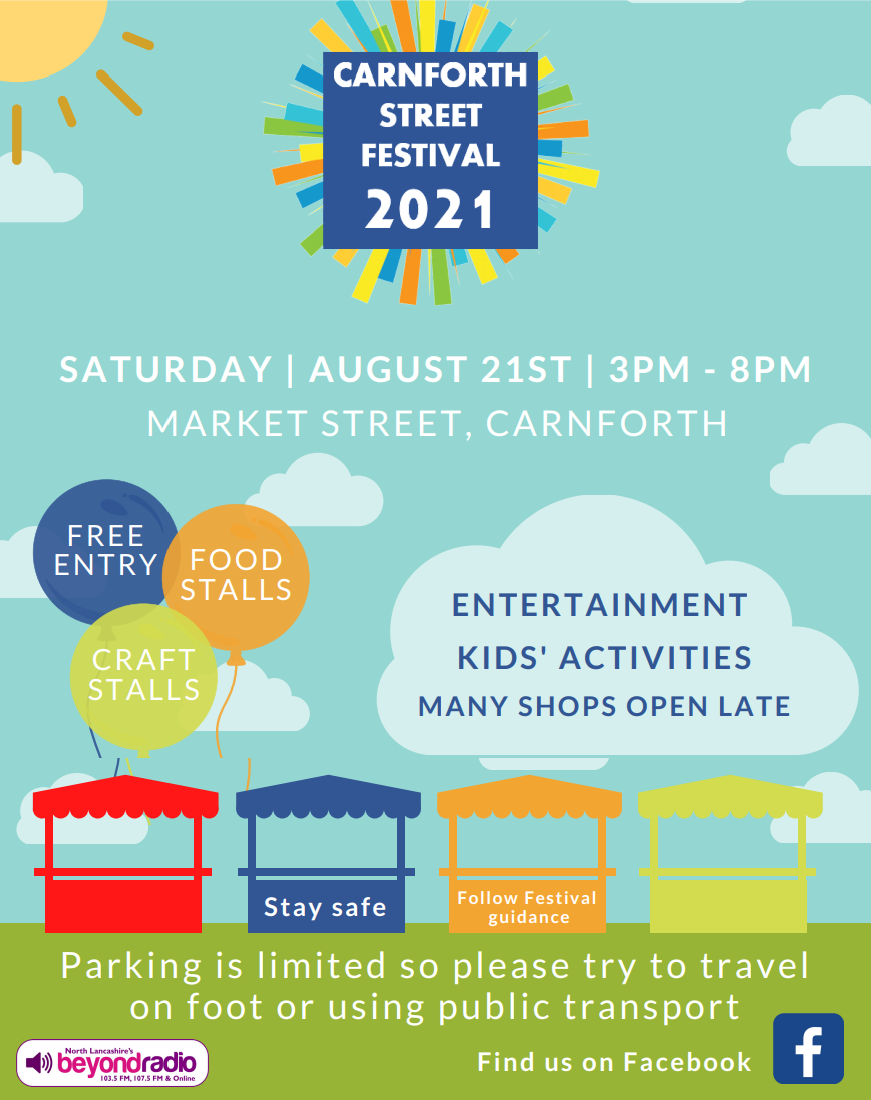 Arrangements for Carnforth’s first Street Festival on Saturday 21 August are coming to fruition with over 40 stalls now confirmed, including food vendors, local craft and art businesses, entertainers and other attractions.

The event will open at 3pm and finish at 8pm and entry is FREE! The size and scale of the event will require the temporary closure of Market Street to road traffic with diversions in place via New Street and Haws Hill. Local businesses and residents affected by the temporary arrangements are being contacted and alternative resident parking is being offered where necessary. 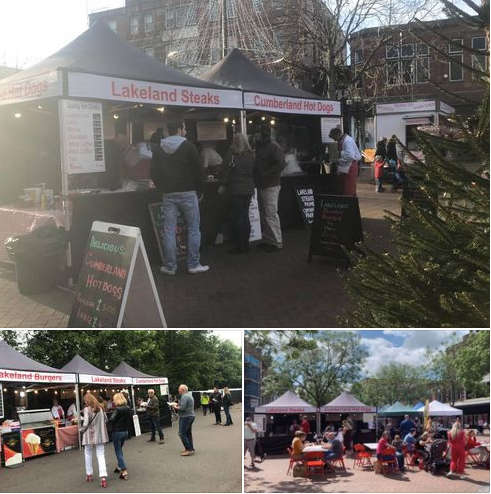 At the first ever event of this type for Carnforth it promises to be action packed and something for everyone. There will be craft stalls, food stalls, entertainment and performances – you can see a list of the vendors and participants on the Facebook page here:  https://www.facebook.com/Carnforth-Street-Festival-104812298550549

Save the date for your diary, Saturday 21st August from 3pm.

Town Mayor of Carnforth, Councillor Larry Branyon said:
‘This is perhaps the most ambitious project undertaken by Carnforth Town Council in many years. We are aiming to bring people, particularly families, back into our fantastic town to see what it has to offer after over 18 months of Covid restrictions.

We are grateful for the support we have received from many organisations and individuals, including the Carnforth Business Network, EH Booth & Co and the many street vendors and entertainers who will be in attendance. Their hope and ours is that the day will be a great success and act as a showcase for what a small but close-knit community like ours can achieve when it sets its collective mind to do something special. Please come down and enjoy the fun!’