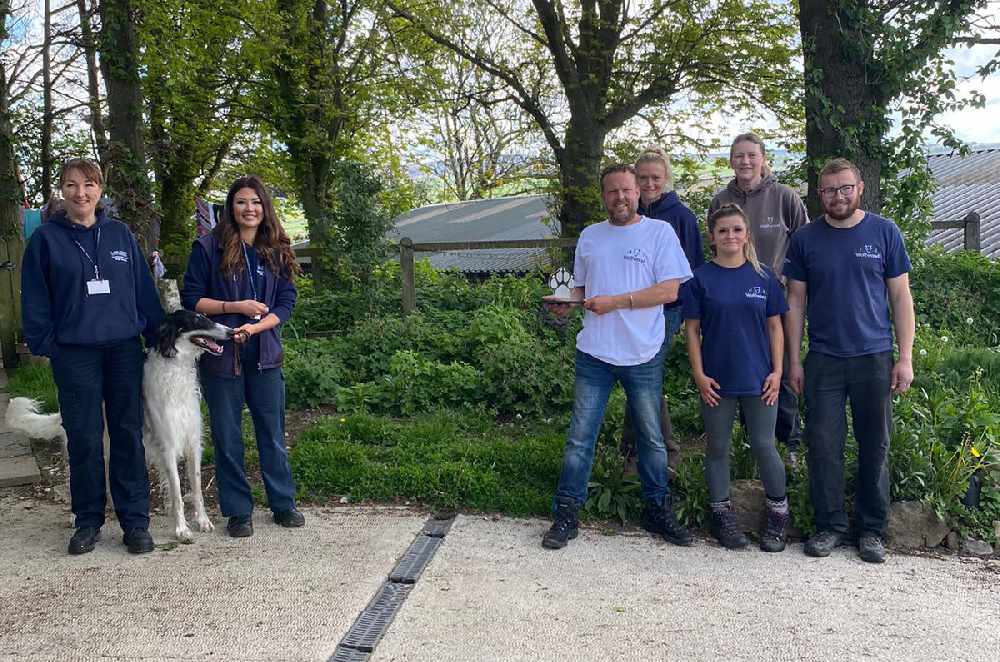 The inaugural winner of a special award recognising an exceptional contribution to the welfare of dogs has been announced - Wolfwood Wildlife and Dog Rescue.

Launched by Lancaster City Council’s dog warden and animal licensing team, the award is a tribute to a former colleague, Alison McGowan, who sadly passed away last year.

Nominations were requested for individuals, charities, or organisations within the Lancaster district for work which had benefited dogs, either from a one-off incident or as an ongoing project.

Eight nominees were put forward by 74 individuals, making it difficult for the judges to narrow it down to an eventual winner.

After much deliberation, Wolfwood Wildlife and Dog Rescue took the top spot. Comments made to support their nomination included: “They make an outstanding contribution to the welfare of dogs within the district” and “The team work tirelessly to improve the lives of all dogs that come in to the rescue and continue to play an active role once settled in their forever home”.

Mark Woodhead, the city council’s community health and protection officer, said: “We were blown away by the number of entries for the award. We launched it as a way of honouring Alison’s memory and thanking someone who has contributed to the welfare of dogs in our district, just as she did over her many years of service.

“From those nominated, Wolfwood just pipped the other worthy nominees to the post. They epitomise all the values which Alison herself held and our congratulations go to Stephen and the whole team at Wolfwood.

“A massive thank you as well to everyone who took the time and trouble to nominate someone for the award. There could only be one winner but we want this award to grow and grow, so there will be another opportunity next year.”

The following nominees were highly commended:

Ian Roberts – Comments from those that nominated Ian included: “The One Every Hour Foundation run by Ian shows his dedication to the housing, rehabilitation and rehoming of dogs in the district” and “Ian should be commended for his hard work towards the rehabilitation of dogs suffering from previous ill treatment, neglect, behavioural issues and medical problems”.

Brenda Williams - Comments from those that nominated Brenda included: “Brenda has been nominated for her tireless fundraising for dog charities and rescues across the district” and “Brenda organises countless raffles, online auctions and fundraising events which have resulted in £1,000s being donated for the care and upkeep of countless rescue dogs in the district".