Support grows for a new road bridge over the River Lune 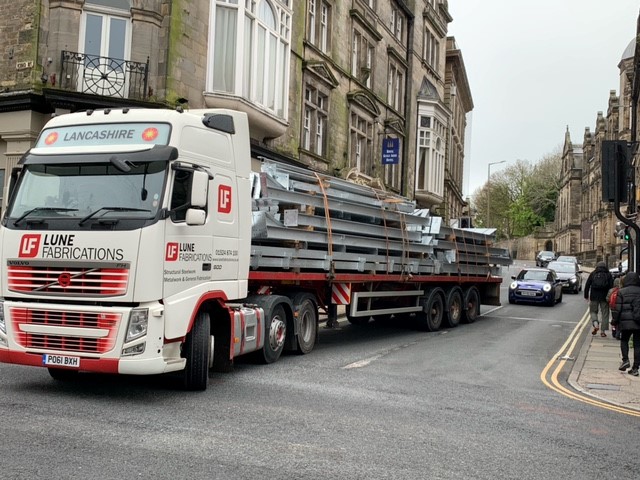 Hundreds of local people gave signed a petition in support of a new road bridge over the river Lune at Lancaster in order to relieve pressure on an already over burdened city traffic system.

Since launching a petition requesting that Lancashire County Council initiate a feasibility study into the practicality of building a new road bridge over the River Lune at Lancaster to relieve traffic congestion in the city and HGV traffic to the Lune Industrial Estate, Lancaster Vision have received hundreds of signatures in support of the proposal.

Prior to launching the petition Lancaster Vision conducted a survey through their web page and social media outlets to gauge the support for such a venture and received overwhelming response with 85% of respondents voting in favour. Support has been received from all areas of the community, including city and county councillors, and employers within the district.

Currently Lancaster has on the table proposals for 5,500 new homes at Bailrigg Garden Village, proposals for a Holiday Village at Ellel, Canal Quarter regeneration, Lancaster Castle attracting up to 50 coaches of visitors a day, Lune Industrial Estate redevelopment including 500 to 600 car parking spaces, new housing in the Quay area, a housing estate for 700 homes near to Beaumont College and finally a projected 1 million visitors to Morecambe to the proposed Eden Project North.

All of this is without any suggestions of how such traffic can be managed on a road system which is based on a 1960s solution to a 1950s problem. Something must be done before the traffic chaos in Lancaster gets to breaking point.

Lancaster Vision would like to urge everyone who agrees with their evaluation of the situation to sign the petition for a new road bridge over the River Lune in order that they can present a compelling case to the new administration at Lancashire County Council later this month.

Lancaster Vision is a subgroup of Lancaster Civic Society and was established in 2012 by members who identified, because of concerns over the future of the Castle, the need for an organization to help secure a better future for the City and its surroundings

To read more about Lancaster Vision’s conclusions regarding a new road bridge over the River Lune at Lancaster visit their page at: https://www.lancastervision.com/does-lancaster-needs-a-new-bridge-across-the-river-lune/