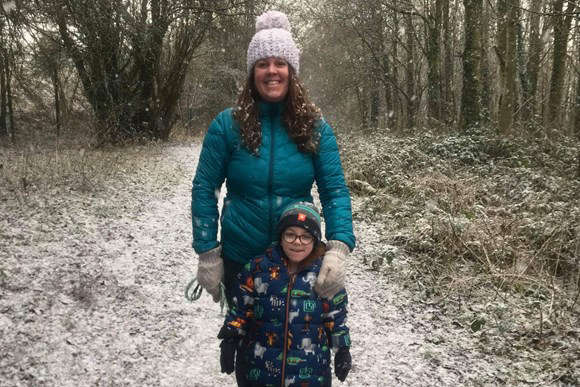 A popular Virtual Christmas Fair in aid of Bay Hospitals Charity has relaunched ready for this year’s festive season.

Tireless fundraiser Louise Phillips is behind the event, which raises money for the charity while offering the chance to order Christmas gifts from 130 online stallholders.

She said: “Last year’s event did kind of go viral. We were on ITV and a lot of the press and journalists were ringing me up from all over the country.

Louise, who works with the Occupational Therapy Team at Westmorland General Hospital in Kendal, was inspired to begin supporting Bay Hospitals Charity following the life-saving care her son Bradley received at birth at birth and two years later following an unexpected hospital admission by ambulance.

She said: “I had a target of £13,000 originally, which was the 13 days that Bradley spent in hospital between neonatal and the women’s unit.

“It’s been a really rewarding thing to do to be able to give something back to the hospital that saved my son on more than one occasion.”

Money raised by Louise and her supporters has been used to buy equipment for the Emergency Department, Neonatal Unit and Children’s Ward at Royal Lancaster Infirmary.

Children’s Ward Manager Laura Norton said: “I’d like to say a huge thank you to Louise.

“She’s always thinking of us, and always coming up with some event or fund-raising activity that will benefit us – and we’re just so happy that she’s doing that.”

“It is wonderful to see the Virtual Christmas Fair return after its success last year, and I would like to thank Louise for her support for the charity and Royal Lancaster Infirmary.”