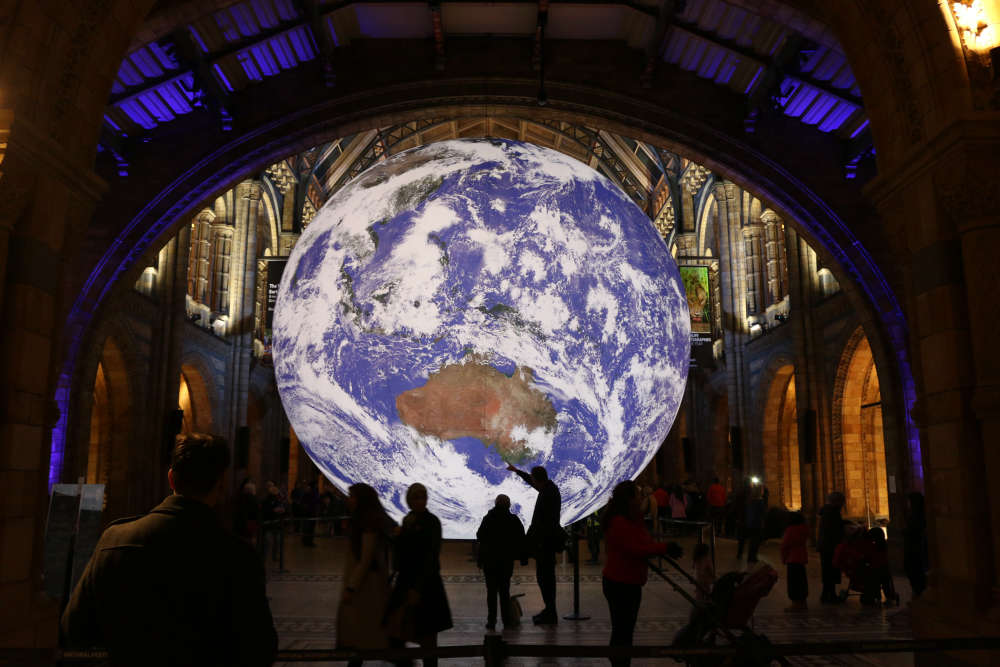 A global attraction will spend three weeks in Lancaster this summer and inspire a brand new festival. The spectacular artwork depicting how the world looks from the moon will be hosted by Lancaster Priory from June 25-July 17

Luke Jerram’s Gaia will revolve from the rafters of the city’s oldest church, during the 50th anniversary year of NASA’s Apollo 17 mission which first showed earth to the world as a blue marble floating in space.

Measuring seven metres in diameter, Gaia – the personification of the earth, according to Greek mythology -  features the detailed NASA imagery of the earth’s surface.

The artwork is 1.8 million times smaller than the real earth with each centimetre of the internally lit sculpture describing 18km of the earth’s surface. By standing 211m away from Gaia, visitors can see the earth as it appears from the moon.

As Gaia revolves, a specially made surround-sound composition by BAFTA awardwinning composer, Dan Jones will be heard alongside other musical performances.

When Luke Jerram’s Moon was displayed at the Priory in 2019, it was seen by 30,000 people and as Gaia’s stay is longer, it’s hoped that it will attract even more visitors.

The Vicar of Lancaster, the Rev Leah Vasey-Saunders said: “It’s wonderful to be bringing Luke Jerram’s Gaia to Lancaster and especially to the Priory.  We hope that it will bring a sense of awe and wonder, as well as encourage people to reflect on our care for the planet.“

Gaia aims to produce a feeling of awe for the planet as is experienced similarly by astronauts, as well as a renewed sense of responsibility for taking care of the environment.

The artwork also acts as a mirror to reflect on major events in society and, in light of the current pandemic, may provide visitors with a new perspective of their place on the planet.

Gaia’s visit to Lancaster is funded by Lancaster Priory in partnership with Bandwagon Events, a company involving current and past members of Lancaster Music Festival.

To celebrate Gaia’s time in Lancaster, a Festival of the Earth is planned featuring a wide variety of events and activities on environmental themes.

Lancaster Priory will host its own events programme with the festival spilling out around the church and castle area and potentially across the city and district too.

Stuart Marshall of Bandwagon Events, said: “We are very excited to help bring this spectacular artwork to Lancaster, especially as it will be the catalyst for another festival to add to Lancaster’s rich cultural calendar. We hope as many people as possible see Gaia while it’s in Lancaster and enjoy the themed programme of events around it”.

Organisers are keen to hear from any groups and organisations interested in producing events for the Festival of the Earth and expressions of interest should be sent to steph@lancasterpriory.org

As the year progresses, updates on Gaia and the Festival of the Earth will be available at lancasterpriory.org