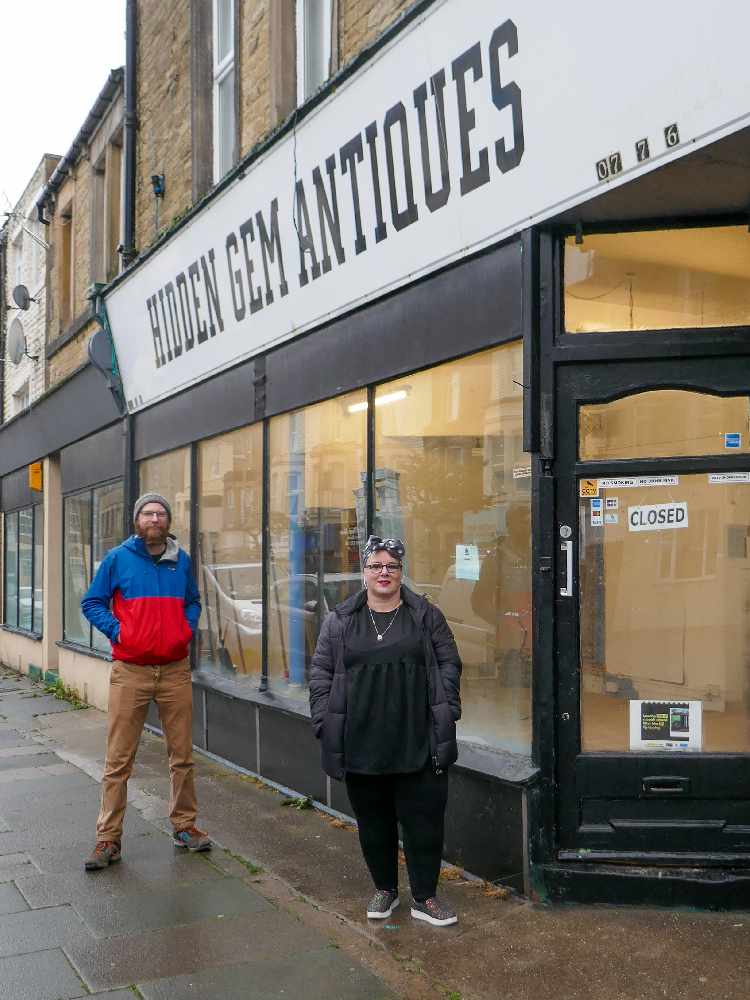 Eggcup project manager, David France and Stanleys Community Centre manager, Robyn Thomas at the premises which will become a food outlet in the new year.

Plans for a food hub are being cooked up in an effort to tackle food poverty in the West End of Morecambe.

Lancaster District Food Poverty Alliance and Eggcup, working closely with Stanleys Community Centre in Morecambe, have received backing from West End Morecambe – Big Local(WEM), Sustain and Lancaster City Council for  the project which will offer support to those struggling to pay for food.

The hub will be based in the former Hidden Gems antiques shop in Albert Road and should be open early in the new year.

It will be operated in the same way as the outlet at Eggcup’s Lancaster premises near the city’s bus station. As many Morecambe people supported by Eggcup can’t afford to travel to Lancaster, it was decided to open a similar venture in the resort.

“These outlets are a community solution to support people on low incomes by reducing the amount of money they need to spend on food shopping,” explained David France, Eggcup’s project manager.

“Lots of people have found themselves in a position they never expected to be in during the pandemic and we want to make sure that we provide a professional service that people can easily access. The outlets look like any other food shop to help reduce the stigma attached to services like these and normalise them.”

Eggcup use surplus food, donated mainly by supermarkets, and distribute it via their own members at Lancaster Food Hub. They work with other groups including the Olive Branch food bank and Stanleys as part of a buying co-operative to supply additional food to members and service users.

The new Morecambe food outlet will be open Monday-Friday and members book a day and time to visit.

They pay a weekly free of £4 to cover the costs of the service and eventually, it’s hoped that some of those using the shop will be happy to volunteer there too so they feel a sense of ownership of the project which is supporting them.

Food poverty in the local community has long been a priority for WEM and the COVID-19 pandemic has put an even greater emphasis on the issue.

WEM wants to commission activity to make a sustained difference locally and offer the widest benefits. Although the outlet would be based in the West End, potentially it could help 350 households across Morecambe.New Food Hub's Recipe  For Success