New Council - have your say 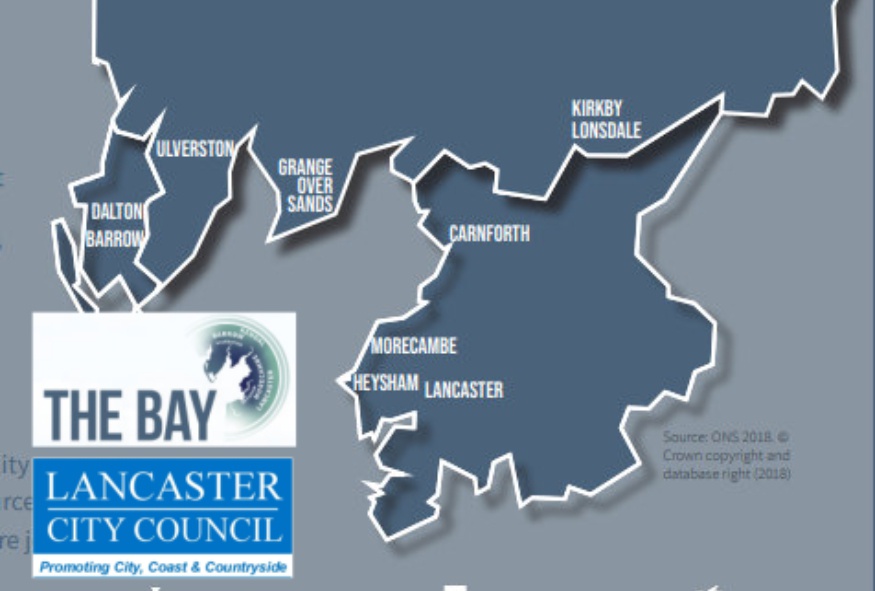 An outline proposal to create a new unitary authority around Morecambe Bay is to be submitted to Government.

Now leaders of the three councils are urging residents and businesses to ‘Back the Bay’ and show their support for the new-look authority proposal.

In a joint statement, the leaders of the three district councils, Councillor Ann Thomson from Barrow Borough Council, Councillor Dr Erica Lewis from Lancaster City Council and Councillor Giles Archibald from South Lakeland District Council, said: “The decisions taken last night mean that we are starting a process asking Government to consider a new authority for the Bay as part of discussions on local government reorganisation.

“This could mean significant changes for our areas – changes that we firmly believe have the potential to deliver the best outcomes for our communities.

“We are urging local residents, businesses and organisations to engage with this proposal. We want to understand what you want and what you think will best serve you.

“Proposals have already been put forward by the county councils in both Lancashire and Cumbria, the latter based on the existing county boundary. Government has made it clear that they will consider proposals from ‘one or more districts in a county and one or more relevant adjoining areas’, so we believe that a cross-boundary authority around Morecambe Bay fits that criteria and is the best way forward for Barrow, Lancaster and South Lakeland.

“We shouldn’t be constrained by lines on a map. We should be looking to a solution that offers the most positive benefits for our communities, one that builds on existing relationships and connections, one that is ambitious and supports innovation and sustainable economic prosperity.

“We already have a shared postcode, a shared health footprint, a shared economic and social geography and shared ambitions around critical issues like meeting the climate emergency and tackling wealth and health inequalities.

“We also already have a strong track record working together and our detailed submission will highlight the undoubted opportunities that even closer working between our three councils could deliver.

“Our view has always been that discussion about local government reorganisation is not ideal at a time when all of our councils are extremely busy with the ongoing Covid-19 pandemic response. We continue to ask Government to reconsider the timing of this process.

“However, once we received the letter from Government we knew we had to come up with an option we think will be in the best long-term interests of our communities.

“It’s now important that people have their say on this significant change. We will be engaging with residents, local representatives and businesses to gauge opinion and gather thoughts on the idea over the coming weeks and we really hope people will ‘Back the Bay’.’’

That means councils in these areas have until Monday (9 November) to develop and submit initial proposals for local government restructure, to replace the existing two-tier system of county and district councils with a system where there is a single tier for any given area.

The formal invitation from Government is the first step in the legal process towards restructuring. After initial proposals are submitted by the 9 November deadline, a final more detailed case must be submitted by 9 December. After that Government will decide which proposal to take forward.

A new Bay authority could merge the three district councils and draw down powers from the county councils, to create a new single tier authority for the area responsible for local government functions. It would build on the existing functioning economic geography, health footprint and strong community links across the Bay area, with the potential to further drive economic, social and environmental benefits for the combined area’s residents, businesses and visitors.

The detailed case for a unitary to be submitted by 9 December will examine ways to improve local government and service delivery across the Bay, giving greater value for money, generating efficiencies and providing stronger strategic and local leadership.

The detailed case will also set out the degree of local support for the proposal following a period of engagement with residents, businesses and key stakeholders. It will examine how police, fire and rescue services would be managed, opportunities for reform to health and care services and include in-depth financial modelling.

The potential for future Combined Authority arrangements, enabling a fuller devolution of resources and powers from Government, would also be covered in the final submission.

The three councils already have a successful economic partnership, with the authorities working together on projects to attract more investment and employment to support economic sustainability and prosperity in the Morecambe Bay area.

The Bay economic partnership has already achieved notable results, including a successful joint submission to be one of only two “rural” bids in the UK to be accepted by the Arts Council last year to develop a ‘Cultural Compact’ around Morecambe Bay, harnessing cultural and creative opportunities to boost the local economy.

In addition, the economic partnership has submitted a shared funding bid for the combined area to support further action to address the climate emergency, build local community wealth, and improve the well-being of residents.

The detailed submission to Government due by 9 December will include evidence of local views on the Bay authority proposal.

A full consultation on the Bay authority option will be starting next week to coincide with the submission of the outline proposal.

Residents will be able to have their say in an on-line survey, and email or write in with comments and views.