First Commemorative Plaque to a Woman in Lancaster 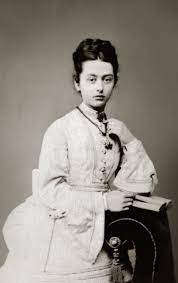 Earlier this year Lancaster Civic Society were contacted by Rachael Bowers of Lancaster City Museums to ask why there were no commemorative plaques to women in Lancaster.

As a result, the Society and City Museum conducted a joint survey to establish local women who should be remembered and commemorated, and one of the first women identified was Emily Williamson the founder of the RSPB, who was born in Highfield, Lancaster on 17th April 1855.

Emily became horrified by the mass slaughter of birds to provide feathers for fashionable ladies’ hats. Millions of birds died each year, sometimes having their wings cut off while they were alive.

To stop this cruelty, she formed the Society for the Protection of Birds. All its members were women. By doing this she took on an industry that was worth, at its peak, some £20 million a year. She was fighting fashion and finance in a society in which women couldn’t even vote. That took incredible courage.

The society she founded grew to become the RSPB, the largest conservation organisation in Europe. In 1921, after over 30 years of campaigning, the Plumage Act was passed, ending the trade in exotic bird skins. Over 60 species were saved from extinction.

To mark the centenary of this event the Civic Society in conjunction with the RSPB are arranging for a plaque to be erected, together with a celebratory event and exhibition, in the Priory Church, Lancaster where Emily was baptised.

The cost of such a plaque will be around £1,250 and the RSPB has set up a crowdfunding page in order that members of the community and supporters of the RSPB can donate and assist in the cost of this fitting memorial to an extra-ordinary woman. If you would like to help this campaign, please visit  https://www.justgiving.com/crowdfunding/emily-plaque

The Civic Society has been erecting Green Plaques to commemorate famous people and places around Lancaster since it was first formed in 1967 and have now created a tour of thirty five sites, mainly Green Plaque, around the city – complete with interactive map – Green Plaque Tour of Lancaster.