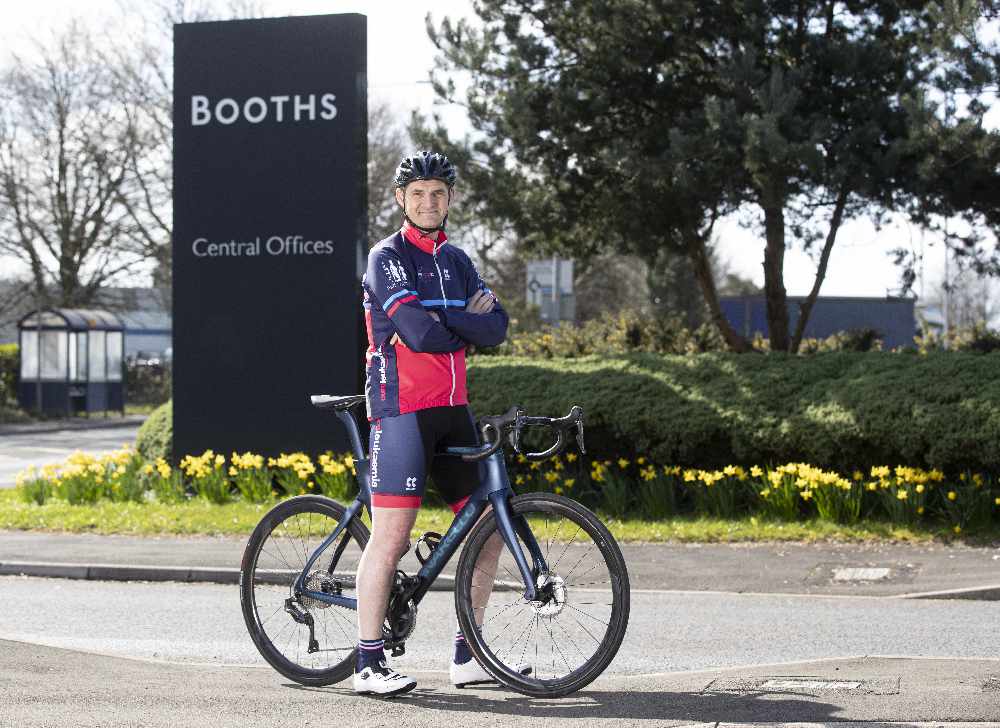 Lancashire's own local supermarket chain are undertaking a mammoth cycle ride with the aim to raise money for Leukemia based charity.

Northern retailer Booths is planning an epic cycle ride to raise money for Cure Leukemia between 24-28th of May. Inspired by the Tour de France, Chief Operating Officer Nigel Murray has gathered a team of over 50 people from colleagues to suppliers, who will ride 600km across the north of England, calling in at all 27 Booths shops, as well as three support sites and two cancer treatment centres.

Eight riders will ride the full tour, coming from a wide range of abilities, ages and roles at Booths from suppliers, accountants, fishmongers and customer assistants.

Nigel - a keen cyclist - became aware of the charity after hearing about patron Geoff Thomas, a former England footballer who was diagnosed with chronic myeloid leukaemia in 2003. He was initially given three months to live, but thanks a stem cell transplant from his sister Kay, he went into remission in 2004 and has since ridden the Tour de France route nine times. Nigel will join him this summer to complete the gruelling tour with the aim of raising £1million pounds for the charity.

Nigel said: "We first did the Tour O’ Booths a couple of years ago, and it was a great experience. The reason for doing it is threefold. It's an event to motivate you to keep active, it brings together different parts of the business from colleagues to suppliers in a team-building exercise with the added motivation of raising funds for Cure Leukaemia.”

“After a hugely challenging year for our teams at Booths the tour is a chance to come together in a shared cause. This ride isn’t just about the cyclists—everyone from the Booths team can share and support in the tour. We have a team of runners running a stretch of the Guild Wheel and a support team to keep us all on track.”

Booths stores will be holding a range of activities, raffles and fundraisers to help raise valuable funds for Cure Leukaemia and cheer on the team as they complete their epic journey.