Art helps community to face its past 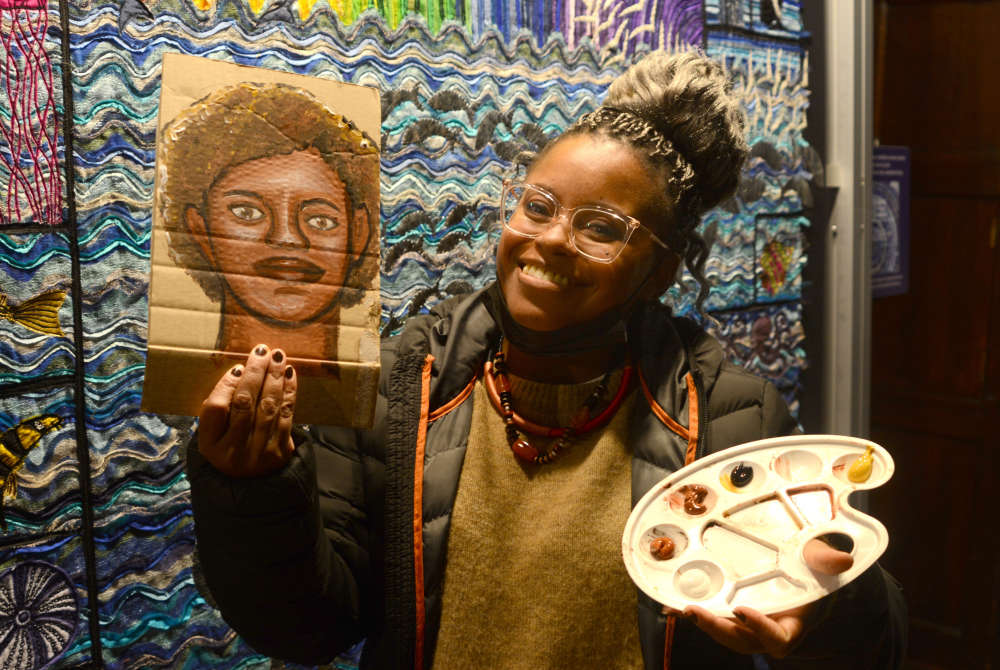 An artistic way of facing Lancaster’s slave trade past has begun with a series of free community workshops.

Lancaster Priory launched the workshops by hosting artist Tina Ramos Ekongo who helped visitors imagine and create the faces of victims of the slave trade to produce Black Portraits on Cardboard.

Originally from Equatorial Guinea and now based in Manchester, Tina’s style of mainly portrait work is very influenced by African traditional murals and artwork found in African barbershops and hair salons.

“In school I was never taught how to paint people who look like me,” said Tina. “I am determined to change that while making art accessible to everyone through my workshops.”

Tina will also run some school workshops as part of the Facing The Past collaborative project steered by Lancaster Priory Commissioning Group in partnership with the Judges Lodgings museum, Lancaster Black History and arts, heritage and community organisations including More Music.

Funded by Arts Council England, Facing The Past aims to reflect, reveal and redress omissions in the way the city has so far commemorated its role in the transatlantic slave trade.

One of the people who took part in the Priory workshop said: “It was a great chance to be creative and learn about the project at the same time.”

The Priory was an appropriate location to launch the workshops as some slaves were baptised there and there are memorials both within and outside the church to families involved in slavery including the Rawlinsons whose grave was damaged during last year’s Black Lives Matter demonstrations.

Lancaster Priory will host another free community workshop on November 13 from 1-4pm, led by Nayna Lad who taught art and design in Africa and the UK before running arts workshops where people are encouraged to experiment with different techniques and media.

More Music at The Hothouse in Morecambe is also involved with Facing The Past and will host a free community workshop on November 6 from 10.30am-12.30pm and 1-3pm.

This workshop will be led by Venessa Scott, a public artist renowned for painting one of the UK’s tallest murals in Manchester and also she has appeared on the popular CBBC programme, Colours.

For more information on the Facing The Past community workshops, visit: https://www.lancashire.gov.uk/leisure-and-culture/museums/facing-the-past/