Witches could be pardoned 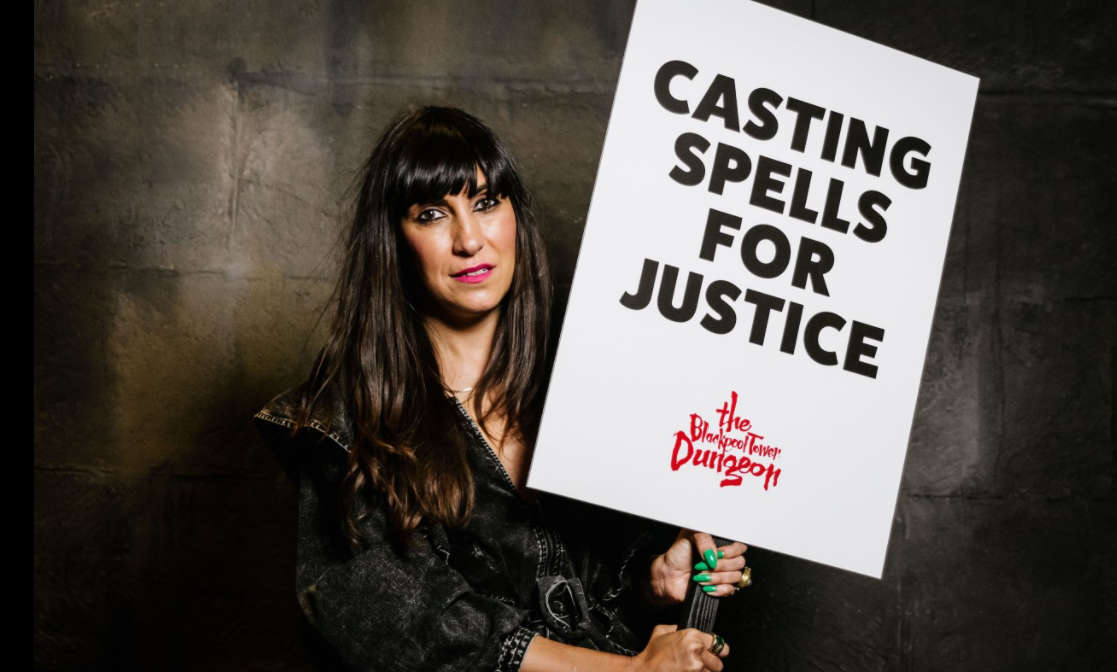 Ten people convicted of witchcraft and hanged more than 400 years ago in Lancashire could finally have their names cleared, thanks to a campaign launched by Blackpool Tower Dungeons.

With Halloween approaching, Blackpool Tower Dungeons are calling for the reputation of those executed four centuries ago to be restored, while also fighting to stamp out stereotypes attached to modern day witches. The campaign seeks to right the wrongs committed against women and men accused of being witches.

The trial of the Lancashire witches in 1612 was England’s biggest peace time witch trial by far, 10 witches were hanged and a number of others were imprisoned.

It all began with a conversation between Alizon Device and a pedlar who entered her village. The pedlar suffered what we now recognise as a stroke and thought that Alizon had bewitched him. The local Magistrate, Roger Nowell, began interrogating members of the local community, which led to them accusing rival families, accusing neighbours and even accusing their own family members.

Backing the campaign is Robert Poole; a professor of history at The University of Central Lancashire, expert in the history of the Lancashire witch trials and author of ‘The Wonderful Discovery of Witches in the County of Lancaster.’

He said: “The Lancashire witches were the victims of a gross miscarriage of justice. They were convicted of an impossible crime, by methods that amounted to persecution, on the basis of patently false evidence which they were not able to contest. It's high time they were given a pardon.”

He continued: “The whole trial took only two days, the women had been kept in the dungeon of Lancaster Castle in appalling conditions, sometimes for months with no access to lawyers. These poor people were then confronted in court with neighbours and in some cases their own family testifying against them. In some cases confessions gathered through means of coercion and torture were used as evidence to convict the accused. They were just ordinary people caught up in a religious and political persecution by the authorities.”

Semra Haksever, who describes herself as an Eclectic Witch, healer and empath, has also joined forces with The Blackpool Tower Dungeons to fight for an official pardon of those convicted of witchcraft and subsequently hung at the Lancashire Witch Trials in 1612.

Semra said: “For a long time, there has been a narrative attached to witches that they are these scary women in pointed hats cooking up potions and performing curses.

It’s about time that those convicted in the Pendle Witch Trials had their names cleared and their legacy upheld. For me, I take inspiration from many different ancient traditions – I believe I was born with a unique sense of connection to the metaphysical and the mystical and am passionate about spreading positive energy.

We need to demystify what a witch is and challenge the stereotypes, in my community there is no such thing as a ‘bad witch’, our witchcraft that we practice is all about self-empowerment and being in tune with nature, acknowledging the energy that surrounds all of us.

Being a witch can mean many things, being a feminist, a strong independent woman, a non-conformist, we celebrate freedom and fight against patriarchal conditioning.”

Throughout history, powerful, opinionated and cunning women were handed the title of witch as a mark of supposed shame; punished for religious difference, indifference or the desire to pave their own paths, without male companions.

The Blackpool Tower Dungeons will fight for a pardon via a Royal Prerogative proposal for the 10 executed Lancashire Witches.

Today The Blackpool Tower Dungeon have launched a parliamentary petition to force the Government to take notice of their campaign.

Kenny Mew, General Manager at The Blackpool Tower Dungeons, said: “Blackpool and its surrounding area is steeped in a rich history and the Lancashire Witches play a huge role in our attraction. We share their stories with hundreds of thousands of visitors each year, as our guests scream and laugh their way through Lancashire’s darkest history.

Now, we want to right those wrongs that were done 409 years ago and fight to clear their names – having Semra on board means we are able to truly educate people on what being a witch means today and how we can move forward to empower, rather than ridicule.

We need to give the power back to these inspiring women to tell their stories.”

To allow everyday witches to tell their own stories, Blackpool Tower Dungeons are also creating a #imawitch campaign on TikTok from their channel @blackpool_tower_dungeons.  The campaign isn’t just for witches, but for women and men to show their solidarity with the cause.

You can find the link to the Gov petition and further information on how you can help the campaign and get involved visit: