Tribute to boy who died in suspected gas explosion 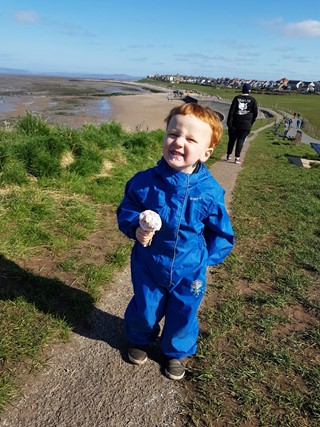 The parents of a toddler who died following a suspected gas explosion in Heysham have paid tribute to their ‘beautiful little angel.’

Police were called to the scene of the blast on Mallowdale Avenue in the early hours of this morning (Sunday, May 16th).  Firefighters and ambulances also attended the scene.

Two houses had collapsed with serious damage to a third property, Lancashire Police have said.

George Arthur Hinds, aged two years and 10 months, tragically died as a result of the incident.

George’s parents Vicky Studholme and Stephen Hinds were also injured in the blast, reported having taken place at around 2:40am.

In a tribute, they said: “We are devastated at the loss of our beautiful George.

"He was so precious to us. We have no words to describe how we feel and just want time to ourselves to come to terms with what has happened.

Two other people remain in the hospital with injuries described as critical.

The emergency services, local authority and partners remain at the site and a safety cordon remains in place.

A number of residents have been evacuated and are being looked after by the local authority.

Gas service engineers are working to make the area safe.

Electricity North West, which supplies electricity across the northwest of England, said on Twitter that engineers had removed supplies for safety but hoped to restore power by mid-afternoon.

Hello, We have managed to restore some supplies following the incident in #Heysham #LA3. Depending on the consesus of our colleagues in the emergency services, we're hoping to restore all supplies by 14.00. If you or anyone you know is struggling please contact us on 105

People are being asked to avoid the area while responders continue to deal with this ongoing incident.

Local MP David Morris, who represents Morecambe and Lunesdale, thanked the emergency services on Twitter and said: "My thoughts and prayers are with all of the families on Mallowdale Avenue".  Furthermore, he shared the condolences of Home Secretary Priti Patel in a Tweet this afternoon, saying that she had offered her support and assistance to all of the emergency service staff dealing with the incident.

I have also spoken to the Home Secretary @pritipatel who has sent her condolences to the victims and their families and has offered her support and assistance to all of our emergency services staff who attended and continue to work on the incident. 3/7

Speaking on behalf of Lancaster City Council, via Twitter, The Mayor of Lancaster, Councillor Malcolm Thomas also added that "the thoughts of the whole council are with those affected by this terrible tragedy."

As a mark of respect following this morning’s tragic events, flags at our town halls have been lowered to half mast.
The Mayor of Lancaster, Councillor Malcolm Thomas, said: “The thoughts of the whole council are with those affected by this terrible tragedy." 1/2 pic.twitter.com/l8a2EDsluf

Anyone with any information that might help in the ongoing investigation is encouraged to contact Lancashire police on log 0180 of May 16th or via the Major Incident Portal at https://mipp.police.uk/operation/0401020121W04-PO1