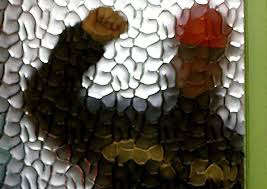 Local residents in the Lancaster, Morecambe and Carnforth district are being warned to be aware of scammers as dodgy doorstep traders, bogus holiday offers and pretend Post Office texts are some of the scams doing the rounds this month.

In Lancaster a householder hired cold callers offering to jet wash and seal their driveway. The job escalated to include guttering and roof repairs, the trader then left having only completed part of the work, claiming this was because of bad weather. The householder had paid nearly £1,000 up front and the trader never returned.

A cold caller conned one resident in South Ribble out of £3,000. The traders persuaded the householder to pay upfront for building repairs, claiming it was a discounted price only available that day. They never returned to do the work.

Cold callers have also been reported in the Ribble Valley offering driveway work. One resident had a narrow escape, agreeing to work for nearly £5,000, then carried out some checks online and realised the company they were supposedly dealing with has recently dissolved, so luckily cancelled the job.

A Wyre resident agreed a price of £2,500 for gardening and paving work. At the end of the job the trader stated the price had increased to over 4 times this amount as extra work had had to be carried out.

County Councillor Peter Buckley, cabinet member for community and cultural services, said: "Some cold callers will use every trick in the book to try to con you out of your cash.

"These examples show how easy it is to lose a lot of money for work that is of a low quality, part finished or simply never gets done.

"We'd advise people never to agree to work with doorstep cold-callers. Always shop around and get three quotes.

"Our Safe Trader website is a great place to find an approved trader in your area.

"Always make sure you have a written quote with full name and address details and find out what the payment arrangements are before you agree to a job.

"It's always better to be cautious if a trader wants a large amount of the money upfront. You should never be pressured into making a payment."

Aside from doorstep scams, cybercriminals have been getting into the holiday spirit and taking advantage of people who are desperate to get away for the summer.

With national reports of fake websites, advertisements, emails, social media posts, texts and phone calls for flights and accommodation that don’t exist, holidaymakers are advised to be careful

Research any holiday or travel business that is unfamiliar. Check they are a member of a recognised travel authority which offers financial protection and that they have a complaints service.

There are also alerts about an email claiming to be from the NHS offering a digital passport for you to be able to 'travel safely and freely around the world without having to self-isolate'.

The email asks you to click the button below to get a 'digital passport' and takes you to a convincing NHS website but asks for personal and payment details. This and any similar emails are scams.

Your vaccination status can be obtained free through the NHS App, website or by calling the NHS on 119.

The Chartered Trading Standards Institute (CTSI) is warning of a new Post Office scam that claims that the recipient's parcel delivery has failed and been returned to a Post Office depot.

The text contains a link to a fake website created to look exactly like an official Post Office platform. The website asks the target to enter their postcode and personal details supposedly to identify their closest depot and reorganise the delivery. The information requested includes the full name, address, date of birth and phone number.

The information is sent to scammers who can use it to commit all kinds of fraud.

County Councillor Buckley added: "People need to beware of online scams. Cyber criminals will stop at nothing to make messages as believable, and bogus websites as realistic, as possible. You should never reply to unsolicited emails and texts from companies you don't recognise. If in any doubt, contact our trading standards team for support."

To report a rogue trader, contact the Trading Standards Service via the Citizens Advice Consumer Helpline on 0808 223 1133.

Keep up to date with the latest scam alerts by following the county council's Scambuster Stan page on Facebook.