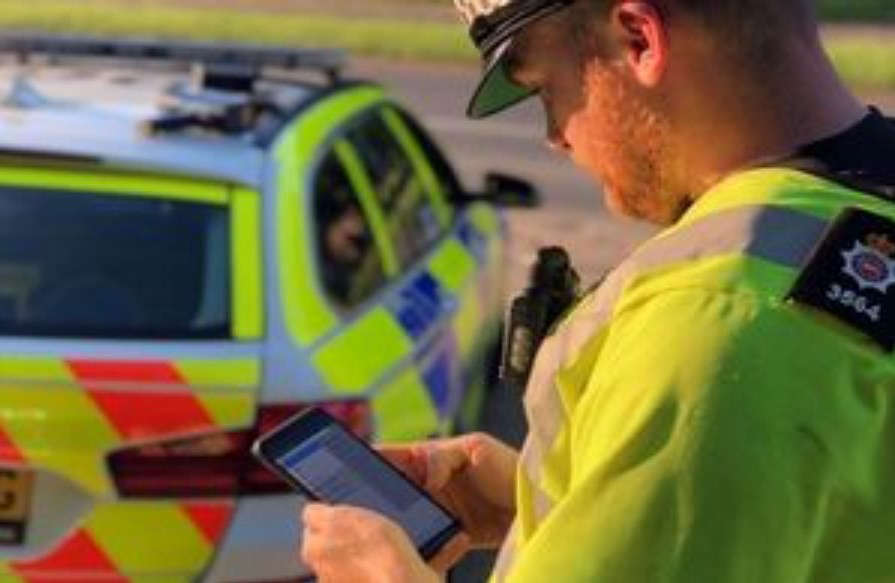 Drivers who provide false details during a roadside checks can be instantly spotted with new technology from Lancashire Police.

"If you try and provide us with the wrong driving licence details we now have the ability to instantly confirm your identity at the roadside."

That is the message from Tactical Operations Supt Damian Darcy to drivers who try to give false details when stopped by police on suspicion of motoring offences.

Thanks to new digital technology, officers now have instant access to the photograph held on the DVLA’s driver database making it possible to instantly confirm a driver’s identity during a vehicle stop.

Photographs at the Roadside (P@RS) has been developed by the DVLA and the Home Office and piloted by a number of forces, including Lancashire, ahead of its country-wide roll out over the summer.

The technology can be used by officers when stopping drivers who are suspected of committing offences under the Road Traffic Act and will remove any doubt that a driver is who they say they are.

Without this technology, it can take up to 16 minutes to confirm a person’s identity while additional checks are made through the current Police National Computer (PNC.) In some cases, this can result in an arrest if the motorist is required to attend a police station to complete the checks.

With the use of P@RS, drivers are now detained at the roadside for less time, and do not need to be arrested to confirm identity, which saves each arresting officer an average of four hours along with the associated cost savings this represents.

Since May 2020 when the technology was first used in Lancashire 15,933, driver licence images have been accessed at the roadside exposing drivers attempting to give false details to avoid points on their own licence, individuals driving without a full licence and even wanted offenders.

Supt Damian Darcy from Lancashire Police said: “This new technology has proved to be a vital tool in our continued efforts to help make Lancashire roads safer.

“Supporting the focus on digitisation within law enforcement P@RS is now being used when stopping drivers who are suspected of committing offences under the Road Traffic Act, for example speeding, drink driving, as well as driving without insurance or a licence.

“A major benefit of the technology is the significant amount of front-line police officer time that can now be saved during road side vehicle checks. It also means anyone attempting to give us incorrect details or evade the police can be identified almost immediately.”

*The technology has saved over 2,650 hours for officers – meaning more time for patrolling, supporting investigations and community work.
*Roadside checks are now up to 66% faster meaning motorists can get back on the road quicker.
*15,933 driver licence images have been accessed by officers confirming the identity of motorists at the roadside.