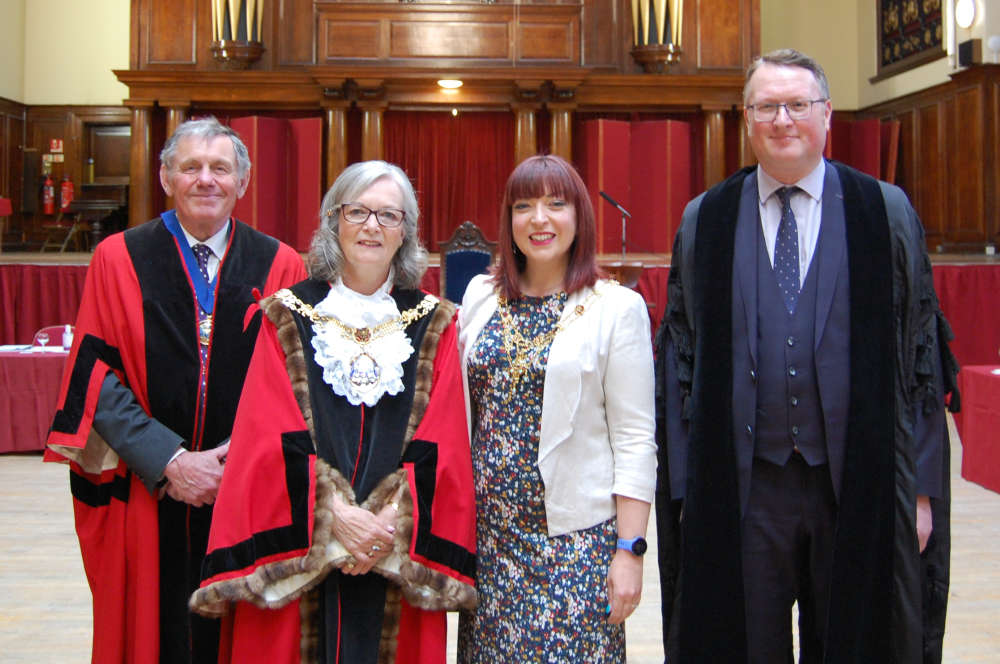 The new Mayor of Lancaster has officially donned her robes.

Councillor Joyce Pritchard has taken over as the Right Worshipful the Mayor of the City of Lancaster in a tradition that dates back to 1338 when Robert de Bolron was appointed to the role.

The new mayor has lived in the Lancaster district her whole life, having been born in Over Kellet before moving to Brookhouse in 1977.

For many years she worked with people with learning disabilities and also passed her Public Service Vehicle (PSV) test, enabling her to drive a coach on her days off. Memorable trips including taking a group from the Caton & Brookhouse Twinning Association to visit Socx in France, with whom they are twinned.

Now happily retired, she has plenty of time to spoil her grandchildren and also to take on the new responsibility for being the Mayor of Lancaster.

Councillor Pritchard will be supported during her mayoral year by her daughter Amanda, who also lives locally with her family, as mayoress. She also has a son, Andrew, who lives in Australia.

“I love this district and have never wanted to live anywhere else, so to be asked to be mayor is a great honour and privilege,” Councillor Pritchard explained.

“My intention is to invite as many of the people in this district to Lancaster Town Hall. It’s a beautiful building, so I will be having coffee mornings in the Mayor’s Parlour to raise money for my charities.”

The Mayor’s charities for 2022/23 will be Morecambe Bay Foodbank and the SAFE: Prop Up Project, which works with young people and adults who are going through mental health issues and other life challenges.