Milnthorpe Zoo Hosts Burns Weekend Walk on the Wild-Cat Side 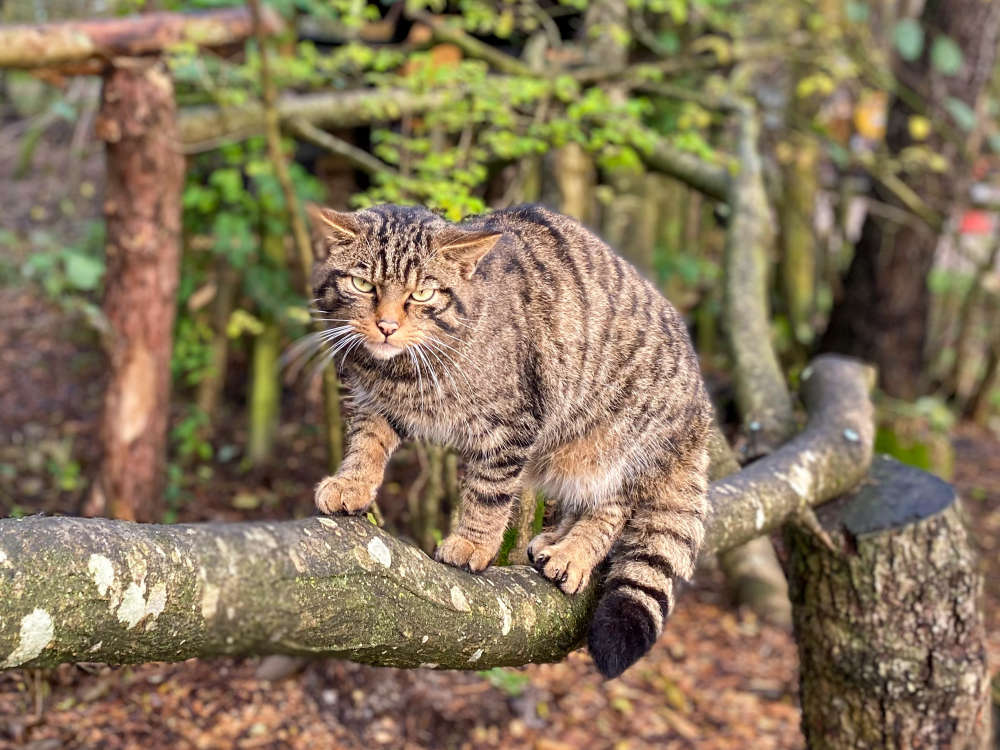 A local zoo is celebrating Burns Night weekend in style, with visitors able to see a pair of Scotland’s largest and most elusive predators in their brand-new bespoke enclosure for the first time.

The “little zoo with lots to do”, Milnthorpe’s Lakeland Wildlife Oasis, welcomed Scottish wildcat sisters Heather and Thistle to the zoo during lockdown last summer. Up to twice as big as domestic cats, these super-size felines boast magnificently marked thick coats, long ringed tails, and a wild nature to match.

Extinct in England and Wales, and critically endangered in Scotland, just a few hundred remain in the highlands. As part of a conservation breeding programme to save the species, Heather and Thistle have been specially selected from the Scottish wildcat studbook.

The aim is for them to be joined by a genetically-approved male later in the year, giving spring visitors the opportunity to see the two lively young sisters settling in and enjoying every inch of their habitat-mimicking new enclosure.

After two tough years in and out of restrictions and lockdown, it’s another positive step for the zoo, whose commitment to conservation has never wavered. Lockdown investment work resulted in new marine tanks, fully accessible meerkat enclosure, a new outside area for miniature monkeys, and new arrivals, including gundis, dik dik gazelles, and home-born twin armadillo pups.

Head keeper Neil Cook was smitten with the wildcats’ arrival: “Initially they were tucked away in the old squirrel enclosure, to allow them to settle in. However, they’re really inquisitive and not at all shy, and have taken to their bigger new enclosure with obvious delight, climbing everywhere in full view.”

In celebration of their important newest exhibit, the zoo will be rejoicing in all things Scottish over Burns night weekend, 22 – 23 January.  Extra displays and wildcat talks will be included in regular zoo entry, while the café will offer Scottish-themed food, including haggis.

Neil is thrilled to introduce visitors to Britain’s very own ‘big cat’: “More people have seen a lion in the flesh than a Scottish wildcat, so for many it will be a unique opportunity to see these magnificent native predators. I think they might even give our snow leopards a run for their money!”

Lakeland Wildlife Oasis is open 7 days a week, 10 till dusk, pre-booking recommended. Daily Burns weekend activities are free with regular admission tickets on 22nd – 23rd January. For details, bookings, and to keep up with the latest news and arrivals, go to www.wildlifeoasis.co.uk, and ‘Lakeland Wildlife Oasis’ on Facebook.