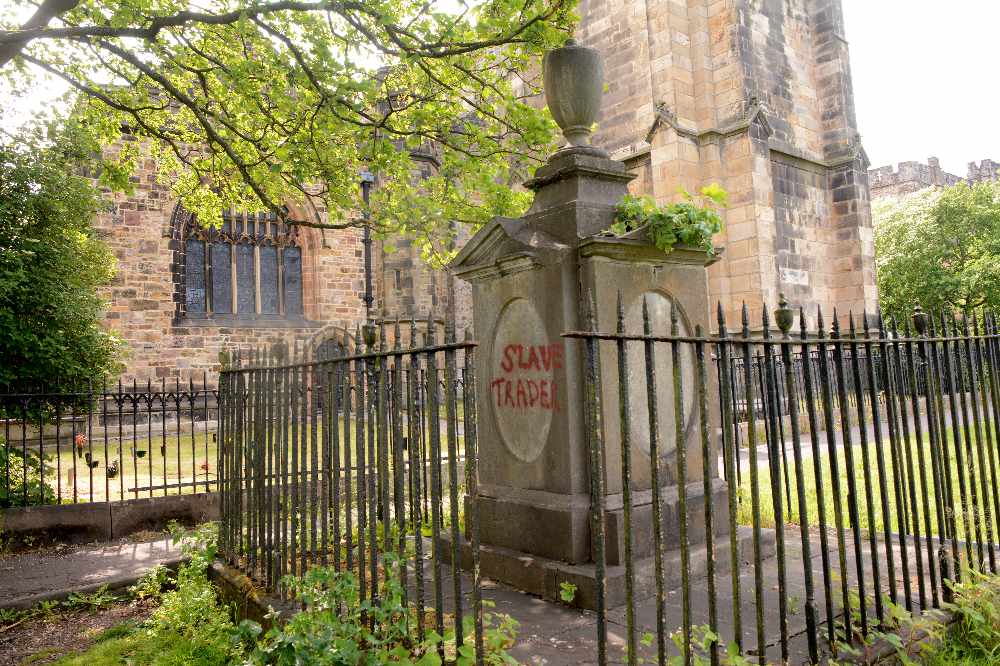 The Rawlinson family memorial in Lancaster Priory churchyard which was daubed with paint last year.

A community consultation is now underway into plans for a new slave trade memorial in Lancaster. For the first time in 150 years, a memorial will be installed in the Priory churchyard where the grave of the Rawlinson slave trading family was daubed with red paint last spring.

It was a result of this action and following the Black Lives Matter demonstrations that the Priory formed a group to commission a memorial which has secured MP David Lammy as its patron.

“Our diverse commissioning group began in September and we’re now at the exciting stage of a community-wide consultation as we are very keen that everyone has an opportunity to contribute to the final form the memorial will take,” said group chair, Andrew Nicholson.

“We are anxious to avoid a situation where we create a new piece of art, no matter how worthy or excellent, but nothing changes as a result. We want people to reflect on the memorial, be moved by it, and make a lived response.”

A report on the consultation will form an artist’s brief for the memorial and fundraising has already begun with appeals to individuals, churches, local groups and trusts. Funding bids will also go to Arts Council England and the Heritage Lottery Fund.

Although placing a memorial in the churchyard, which is a designated ancient monument, will pose a significant challenge, the aim is for it to be installed this year.

The Priory, like Lancaster itself, has strong links to the slave trade. Some slaves were baptised in the church and its memorial garden contains the mummified hand of a slave servant, Frances Elizabeth Johnson, ‘owned’ by the Satterthwaite slavers of Castle Hill.  There are memorials both within and outside the church to families involved in slavery.

“The memorial we are proposing will enable us to remember in penitence and sorrow those who became victims of the slave trade through the actions of our fellow citizens and remind us that these people were not mere statistics but real people,” Mr Nicholson said.

It’s hoped that the memorial will spur people on to resist and reject abuse and injustice wherever it’s encountered and also spark creativity. School visits will be encouraged as education is an important element of the whole project.

Consultation among various groups is likely to take place online until Easter and anyone wishing to join a group should email concerts@lancasterpriory.org