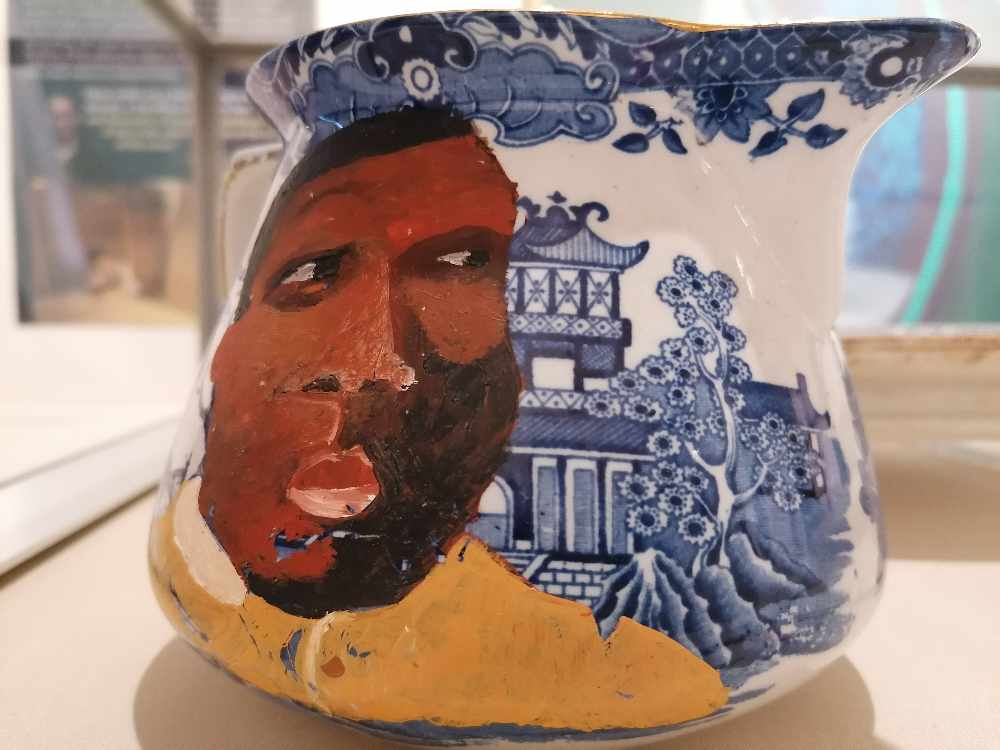 Himid was one of the first artists involved in the country’s Black Art movement. She continues to create activist art around cultural history and reclaiming lost identities, giving voice to those who can no longer speak. Her work is shown in galleries worldwide.

The Zong was an overloaded slave ship which crossed the Atlantic in 1781. Due to a navigational error, the ship missed its destination in the Caribbean and had to spend an extra three weeks at sea. Drinking water was growing short and sickness had spread among the enslaved Africans and crew.

Approximately 131 enslaved people were thrown mercilessly overboard to their deaths, so that the merchants could claim insurance money on the slaves as ‘lost cargo’.

Lubaina Himid’s exhibition is a powerful re-interpretation of the history and brutality of the massacre. It has been curated by Professor Alan Rice (UCLan and the Institute for Black Atlantic Research) and forms part of the museum's work to promote understanding of Lancaster’s slave trade heritage.

Although the museum is currently closed, the physical exhibition will remain at the museum until late August/early September with the virtual exhibition able to be viewed online now.

The virtual exhibition features narratives from a number of arts, social history and culture experts, as well as videos created by Lancaster Royal Grammar School pupils and additional reading suggestions.

You can visit the exhibition at visitlancaster.org.uk/whats-on/memorial-to-zong.