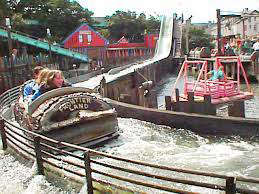 Lancaster City Council has stepped in to purchase Morecambe’s Frontierland site to kick start its regeneration and give the site a new lease of life.

The land was previously home to a theme park which closed more than 20 years ago, since which time there have been a number of failed re-development attempts by the private sector.

Most recently a retail-led scheme with a restaurant, pub, and hotel was proposed and approved by the city council. However, planning permission has since expired, leaving the real possibility that the site would again be left to languish.

To prevent that from happening, the city council has purchased the land and will now start to develop its regeneration plans, consulting with stakeholders as it moves forward.

Councillor Tricia Heath, cabinet member with responsibility for economic recovery, said: “Following the failure of the most recent private sector plans to redevelop Frontierland there was a real possibility that the site could once again be mothballed.

“It has been left to decay for long enough already, so the council felt it had to step in and pursue its own redevelopment plans to provide long lasting economic, social, and environmental improvements.

“By owning the land, we now have the potential to use the site to help drive the reinvention of the town and there are a number of options available that provide the opportunity to capitalise on the renewed interest that developers are showing in Morecambe.

“We also want to make sure that the community is at the heart of the vision for the site and will be providing Morecambe’s communities with the opportunity to give us their views throughout the process of designing our plans.”