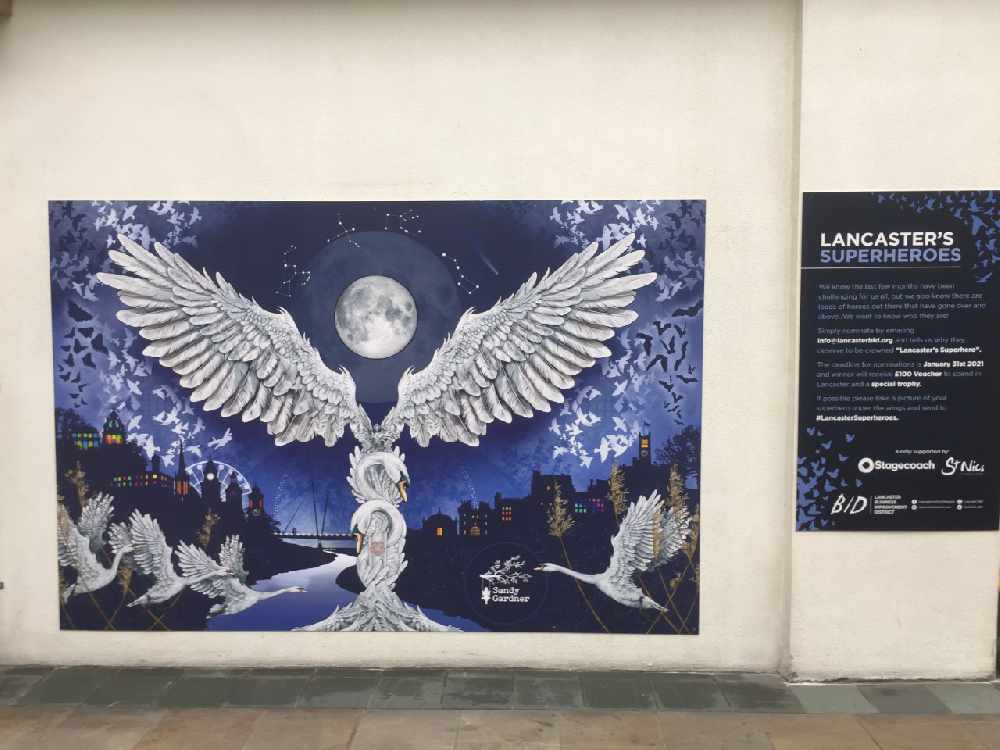 Do you know someone who has been a hero for you over the last year? Then why not nominate them for Lancaster's Superhero.

Lancaster BID is seeking your nominations for anyone who deserves recognition and to be considered to win the award for Lancaster Superhero.

In December, Lancaster BID teamed up with the amazingly talented Sandy Gardner who designed an exclusive print for us which was installed on the wall next to Boots in St Nics Arcades. The aim was initially to have people take snaps of their local Superhero spreading their wings in front of the picture. Unfortunately, the current lockdown has made it inappropriate to encourage people into the city centre to take photos.

Still keen to give local heroes the recognition they deserve, Lancaster BID is instead asking you to nominate your hero by email to info@lancasterbid.org. Your email just needs to contain the name of the person you are nominating and a brief explanation as to why they deserve the award.

Lancaster BID Manager, Tony Johnson, said “This may be someone who has gone above and beyond to help people in their job, someone who has volunteered and made a difference in people’s lives or someone who has made a real positive impact in their neighbourhood. The possibilities are endless and, after the year we’ve all had, there are certain to be hundreds of local heroes who more than deserve a nomination.”

Nominations are open until January 31st, after which a deserving winner will be selected. The winner will receive a £100 voucher to spend in the city centre business of their choice.

Get your nominations in now to ensure your hero can be considered for the award.