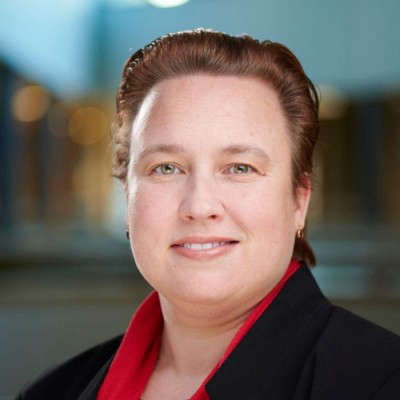 Following claims from local Greens that Lancaster City Council voted for the development of thousands of new homes in South Lancaster at a council meeting earlier this week, Cllr Dr Erica Lewis has made a response about the proposals.

Dr Lewis, Leader of the Lancaster Labour Group, said "Lancaster City Council didn’t agree to 9185 homes being built in South Lancaster. Future consultations and planning processes will determine how many homes are built and where they are built. The collaboration agreement funds necessary infrastructure for any homes built in South Lancaster. The debate at full council was complex and much of the material supporting it was confidential. Although Labour councillors did secure a public report and the public broadcast of the meeting, as well as guiding the procedural debate to ensure that as much of it as possible was held in public.

"Residents needed to be able to rely on councillors to accurately describe the decision. Labour has worked hard to do this, collecting information and answers to frequently asked questions on our website. Unfortunately for residents, the current leadership of the city council prioritised campaigning against this proposal over accurately representing it.

"It is a manifestation of austerity that the government no longer fully funds infrastructure, but part funds it and then forces local government to find the rest. We’ve recently seen this in Lancaster with the Caton Road flood defences, part-funded by the Environment Agency with the gap paid for by the European Union, the City Council and local businesses.

Dr Lerwsis went on to say that "What the full council meeting agreed was that the city council would collect a ‘roof tax’ on any homes that may be built-in South Lancaster to help repay Lancashire County Council’s expenditure on much-needed infrastructure like:

"I have asked and repeatedly been assured that the collaboration agreement doesn’t determine future local planning decisions. Planning applications will still have to come through the usual processes of consultation, review and planning committee approval and there are also further the public consultation phases of the Bailrigg Garden Village Masterplan and South Lancaster Area Action Plan to go through. It is the outcome of these processes and not the motion passed at the last full council meeting that will determine how many homes are built.

"This may mean that a lower number of homes than the County Council and Highways England have anticipated are built, and that will have financial implications for both the city and county councils. But that is how it should be. Labour wants the right homes built, in the right places, with the right infrastructure, not a developers' free for all without infrastructure, which was the alternative offered by those who opposed the project.