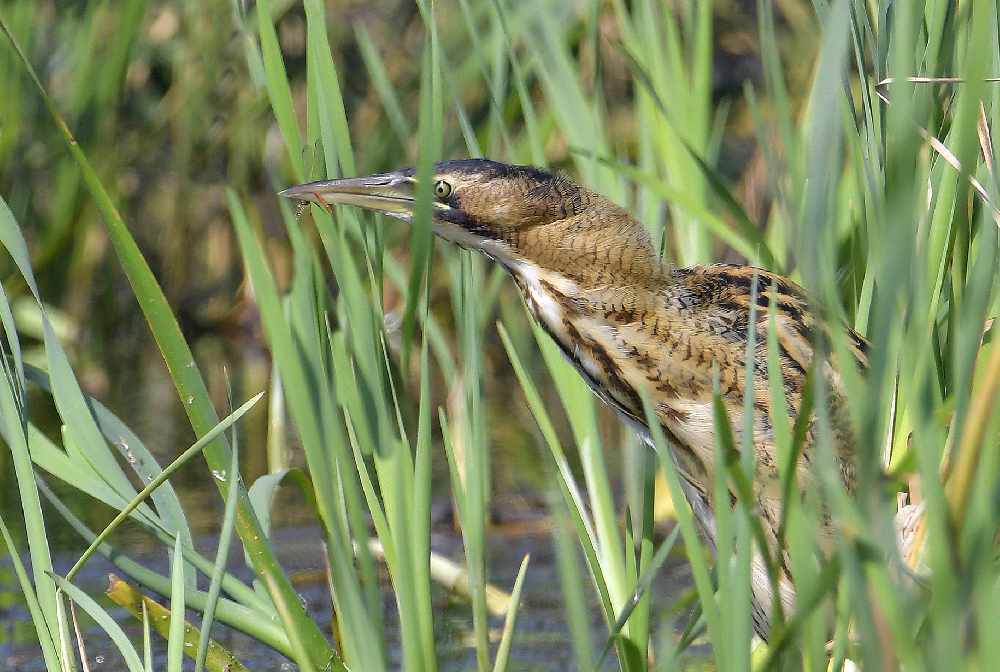 After an absence of almost a decade, the elusive birds returned to nest in 2018 and have continued to go from strength to strength, with up to six males birds being heard so far this spring.

An unusual cousin of the more familiar grey heron, bitterns rely on reedbeds to live in - a now rare habitat in the UK, with Leighton Moss being the largest one in North West England.

Jarrod Sneyd, Site Manager at Leighton Moss said: “Leighton Moss has always been synonymous with bitterns but they’d stopped breeding here by the late 2000s. The reasons why are complex. Leighton Moss is an old reedbed and aging reedbed tends to be quite dry. Bitterns like young, wet reedbeds where they can catch fish, so RSPB staff and volunteers spend a lot of time managing the site in a way that halts its aging process and creates the conditions that bitterns and lots of other wildlife need to thrive.”

In the late 1990s bitterns were almost wiped out in the UK, due to the loss of the reedbed habitat on which they depend. At that time Leighton Moss was one of only a few sites in the country where bitterns were clinging on. Just eleven booming male bitterns were left, with three of those at Leighton Moss and the majority of the others in East Anglia.

Since then, the RSPB and other nature conservation organisations have been working hard to save the species and it has been successful, with around 200 booming males now recorded at various sites across the country. Bittern populations are monitored by recording the number of ‘booming’ males. Booming is the unusual song of the male birds, a deep sound similar to blowing over the top of a glass bottle. When fully booming, a male can be heard for several kilometres!

Jarrod added: “After the thrill of having three booming males on the reserve last year we were absolutely delighted to hear at least six different males this spring! It really goes to show that all the hard work that we have done, and continue to do, is really paying off for this most amazing of birds.”

Visitors to the site may hear the bizarre sound of bitterns almost anywhere along the popular reserve’s paths while they may also spot a variety of the site’s other special wildlife such as breeding marsh harriers, otters and bearded tits.