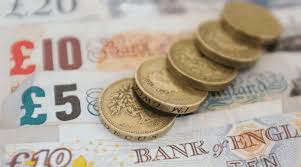 While the vast majority of employers pay their employees at least the National Minimum Wage, HM Revenue and Customs (HMRC) has today released some of the most absurd excuses used for not paying the legal minimum.

Last year (2020 to 2021) HMRC helped more than 155,000 workers across the UK, many from the North West, recover more than £16 million in pay which was due to them, and also issued more than £14 million in penalties. Whilst the vast majority of employers are paying the required amount, there are those who try and get away with paying much less. HMRC is advising workers to seek advice if they feel they are being short changed.

To highlight the situation HMRC is making public some of the most ridiculous excuses it has been given by employers for flouting the law. These included:

1. “She does not deserve the National Minimum Wage because she only makes the teas and sweeps the floors.”

2. “The employee was not a good worker, so I did not think they deserved to be paid the National Minimum Wage.”

3. “My accountant and I speak a different language – he does not understand me, and that is why he does not pay my workers the correct wages.”

4. “My employee is still learning so they are not entitled to the National Minimum Wage.”

5. “It is part of UK culture not to pay young workers for the first three months as they have to prove their ‘worth’ first.”

6. “The National Minimum Wage does not apply to my business.”

7. “I have got an agreement with my workers that I will not pay them the National Minimum Wage; they understand, and they even signed a contract to this effect.”

8. “I thought it was okay to pay young workers below the National Minimum Wage as they are not British and therefore do not have the right to be paid it.”

9. “My workers like to think of themselves as being self-employed and the National Minimum Wage does not apply to people who work for themselves.”

10. “My workers are often just on standby when there are no customers in the shop; I only pay them for when they are actually serving someone.”

“The majority of UK employers pay their workers at least the National Minimum Wage, but this list shows some of the excuses provided to our enforcement officers by less scrupulous businesses. Being underpaid is no joke for workers, so we always apply the law and take action. Workers cannot be asked or told to sign-away their rights.

“We are making sure that workers are being paid what they are entitled to and, as the economy reopens, reminding employers of the rules and the help that is available to them.

“HMRC reviews every complaint made about the minimum wage, so if you think you are being short-changed, or are a business that is unsure of the rules or needs help to get things right, get in touch and we will help you. But any employer deliberately or unapologetically underpaying their staff will face hefty fines and other enforcement action.”

HMRC is reminding workers to check the hourly rate of pay they are actually getting, and to also check any deductions or unpaid working time, as part of the Government’s commitment to build back fairer from the pandemic.

Anyone not being paid what they are entitled to can complain online at https://www.gov.uk/minimum-wage-complaint. If they want to speak with someone, in confidence, they should phone the Acas Pay and Work Rights Helpline on 0300 123 1100, who can transfer the call to HMRC.

Employers can also contact the Acas Helpline for free help and advice or visit https://www.gov.uk/guidance/calculating-the-minimum-wage to find out more.