Frontierland - What happened to Archie the Rat? 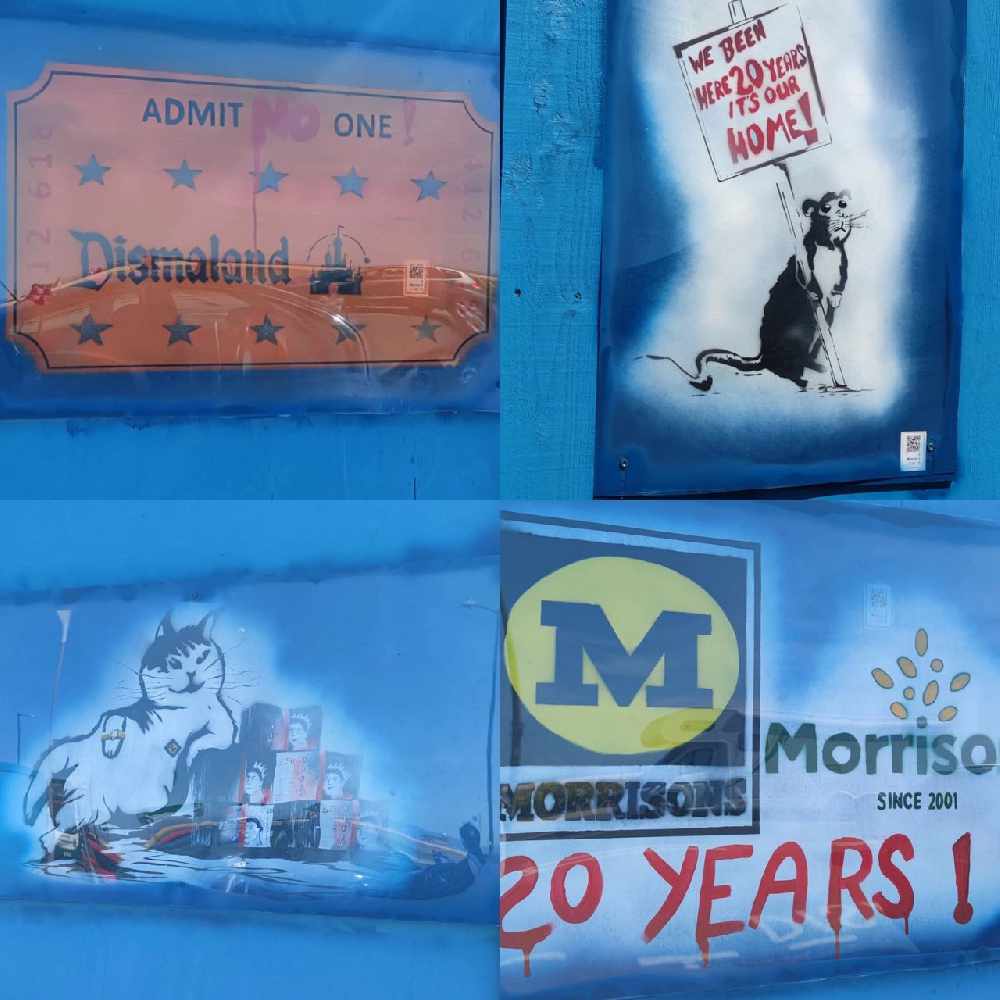 Over the past few weeks we have seen a collection of beautiful works of art from local Artists in an attempt to brighten up the awful blue wall, which feels like a wall disconnecting the West End of Morecambe to the rest of the town. However one artist's work, which highlighted the neglect of such a crucial and full of potential piece of land, have been removed.

For over 20 years, this large piece of land, owned by Morrison's has been left to rot, the dangerous boards over the years have fallen down and there has been many acts of crime committed on the land including fires, fights and other acts of anti-social behavior. Business owners of the West End, have voiced their concern in the past, saying that they feel cut off from Morecambe town and it prevents passing tourists from visiting the other side of our wonderful town.

It is clear to understand, the impact this unsightly piece of land, has had on the community and it certainly is a sore subject for many. Morrison's have been approached many times by different groups, individuals and even local Councillors. There was hope several years ago, that the land was being renovated and there were plans in place for a large retail facility to be brought to the area. However, nothing has seemed to emerge from the plans and the land, once more, feels forgotten about by the land owners.

That was until earlier this year when we saw the first installment of a bright and colourful piece of art created by a local artist in attempt to brighten up the wall. It wasn't long before further talented artists followed suit and if you have been down recently, you will know most of the wall is now filled with beautiful, individual pieces of art from a collection of local artists.

However, what you may not have seen is the small pieces of art, which were removed last week. There were four individual works created by a "rogue" artist, but goes by the Instagram tag of @Marcus333. They were separate from the collection and they addressed the issue of the neglect of the land by Morrison's for the past 20 years.

The artist, who wishes to remain anonymous, has worked all over the world, with art being displayed in the likes of Barcelona and Holland. They wanted to bring greater publicity to the issue of the "abandoned land", "Given I have had many thousands of views and many comments of the art via my Instagram I think that’s one objective ticked. From Canada to Australia I have had comments and support." 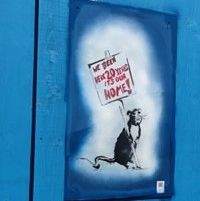 Marcus333 uses art to publish issues they feel passionate about. In the past they have covered issues such as mental health, homelessness, the environment and humanity's impact on the planet. Their art is also an instrument in their depression recovery, producing meaningful art they can put their ideas into. They are self-taught, but uses the likes of YouTube and inspiration from other artist's techniques to aid their progression.

The Artist is not planning to replace the works of art on the site of Frontierland "I wanted to make one direct statement that did not affect the other Artists on the Mural. Hence the size and location I picked for installing them."

They hope that, if the works of art are to be auctioned, then the proceeds are to return to the community of the town and if not perhaps that one day, they may reach the artist again. If you have seen the collection of art, let us know your thoughts on the issue.

Marcus333 says they fully support the collection of artists and their aims with their own artwork.

You can find his Instagram online using the tag @Marcus333.

Written by Emily Ward for Beyond Radio.