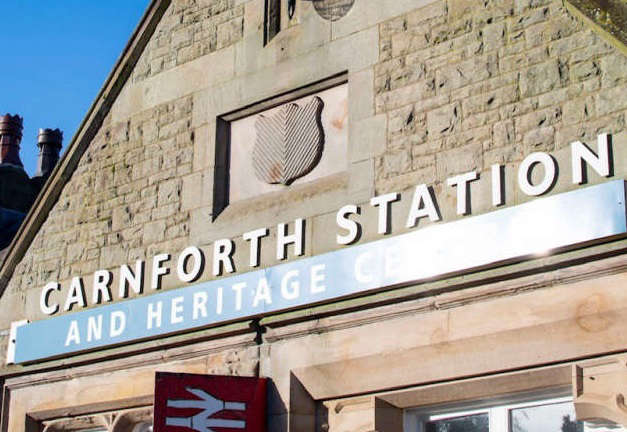 Carnforth has missed out on being named on the shortlist to become Great British Railways HQ.

Transport Secretary Grant Shapps has today announced that Birmingham, Crewe, Derby, Doncaster, Newcastle-upon-Tyne and York will compete for the honour of being crowned the home of Britain’s railways following a competition that drew applications from 42 towns and cities.

Carnforth’s bid was strongly backed, with an official submission to become the home of a new public body that will be in charge of the country’s railways made back in March.

More than 1,500 petitions backing Carnforth’s bid were formally lodged in the House of Commons by the Conservative MP for Morecambe and Lunesdale, David Morris, supported by Lancaster’s Labour MP, Cat Smith.

The bid focused on Carnforth’s rich rail heritage and the benefits it would reap through the new HQ.

The town’s connections with the railway, in particular the Victorian steam revolution, are rich and deep, with it still affectionately referred to as ‘Steamtown’.

Carnforth’s importance came from its position at the crossroads of the North-South mainline and the East-West lines linking the Furness peninsula with West Yorkshire and beyond. It became not only a hub for the railways, but also for the Post Office and the site of an iron and steel works.

This indelible link with the railways was immortalised in David Lean’s 1956 film Brief Encounter, with one of the most romantic and poignant love scenes in cinema history shot at Carnforth.

The bid also looked at the wider economic benefits the new HQ would bring to Carnforth and how it would be the perfect ‘levelling up’ project.

But it wasn’t to be, with a public vote now open to choose the winner.

Transport Secretary, Grant Shapps said: “Our world-leading railways have served this country well for 200 years and this is a huge step in the reforms, which will shape our network for the next 200.

“I’m calling on people across the country to play a key part in this once-in-a-generation reform and vote for the new home of our railways.”

“Since the competition was launched it has been great to see the interest from towns and cities across Britain who believe GBR’s home should be with them. I am really looking forward to the next step and seeing which town or city has the honour of being the home for GBR. Good luck to the final six.”

The creation of GBR was announced as a major pillar of the once-in-a-generation reforms launched by Transport Secretary Grant Shapps in the Williams-Shapps Plan for Rail just over a year ago. GBR will be a single guiding mind that ends the fragmentation of the rail industry and drives benefits and improvements across the network for passengers and freight customers.