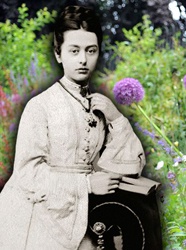 Local women have been identified for commemoration in a joint campaign by Lancaster City Museum and Lancaster Civic Society.

March of this year was Women’s History Month and it was suggested by Rachael Bowers of Lancaster City Museum to Lancaster Civic Society that there appeared to be no green heritage plaques in and around the Lancaster and Morecambe district commemorating famous and influential women of the area.

Accordingly, the Civic Society and Museum joined forces to launch a survey to ask the public which women deserved to be honored with green heritage plaques to run through the month of March and Women’s History month. Neither organization anticipated the flood of suggestions, proving the strength of interest in this overlooked topic.

The stories that unfolded during this campaign were depicted many ordinary people achieving amazing things, such as the Canary Girls who worked at the munitions factory in White Lund during WW1 and being poisoned by the TNT they were using, the telephonist who cycled to the telephone exchange in Lancaster from Morecambe – despite being blown off her bike several times – when the munitions factory exploded in 1917, the only UK woman lighthouse keeper at Cockerham Sands and Plover Scar lighthouses to Heysham’s last woman cockle gatherer.

Rachael Bowers, Manager of Lancaster City Museum said, ‘Some of the suggestions reflected the high regard which Lancaster and Morecambe’s citizens hold for living women – this was lovely to see but we will be focusing on those who are no longer living! As we have so many strong candidates to choose from, we are prioritising the most popular women, such as Emily Williamson, founder of the RSPB, who was born in Lancaster.'

We also asked if there was anyone we had missed out. One name was suggested by more than 50 respondents: Frances Elizabeth Johnson, the enslaved Black servant who lived at Castle Park, Lancaster in the 1780s. She is therefore our people’s choice, and we are working with Lancaster Black History Group to ensure that she is remembered, and we have an offer to fund this memorial.

Each plaque will contain information about the person commemorated, and plaques will also have a scannable QR code allowing the public to read a fuller history on their mobile phone.

Green heritage plaques typically cost around £400 each, as well as the cost of securely attaching them to the premises, so Lancaster Civic Society are now seeking funds for these women’s plaques and will set up a crowd funding page to enable the people of Lancaster, Morecambe, and district to contribute.

John Regan, Chairman of Lancaster Civic Society, said "The Society welcomed the opportunity of working with the Museum. We were pleasantly surprised by the numbers of local people who took part in the survey and even more surprised by the number of deserving women. There are probably many others who are presently unknown but deserve recognition. Please let us know about them."

To learn more about Women in Lancaster visit - http://www.lancastercivicsociety.uk/women-in-the-lancaster-district/