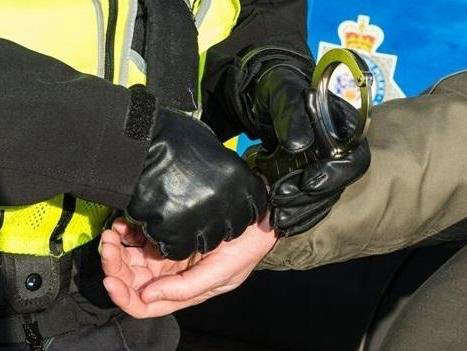 Operation Barchetta was a major investigation by Lancashire Police into the use of encrypted communications platform EncroChat to supply Class A and B drugs in 2020.

During the past three weeks Lancashire officers from across the county have been involved in making numerous arrests, as well as the execution of 13 search warrants in the Lancaster, Morecambe and Greater Manchester areas.

Officers have recovered cocaine, cannabis, weapons and more than £100,000 cash along with a significant amount of crypto-currency. The total value of assets seized and restrained connected to the investigation is more than £1million.

Three other men also from the local area were charged with similar related drug and criminal property offences.

Det Con Nicolle Croft, from the Operation Barchetta team, said: “This has been an in-depth investigation which has resulted in charges being brought against 12 individuals.

“Our priority is to target those who deal in Class A drugs and make a significant profit from engaging in this type of criminality.

“I would like to remind the public that the wider effort to target those that engage in dealing drugs can only be successful with the support of the public.

“The information that you can offer to us to make our efforts as effective as possible is vital. Any information regarding dealing drugs and individuals living way beyond their means can be passed to Crimestoppers anonymously on 0800 555 111.”