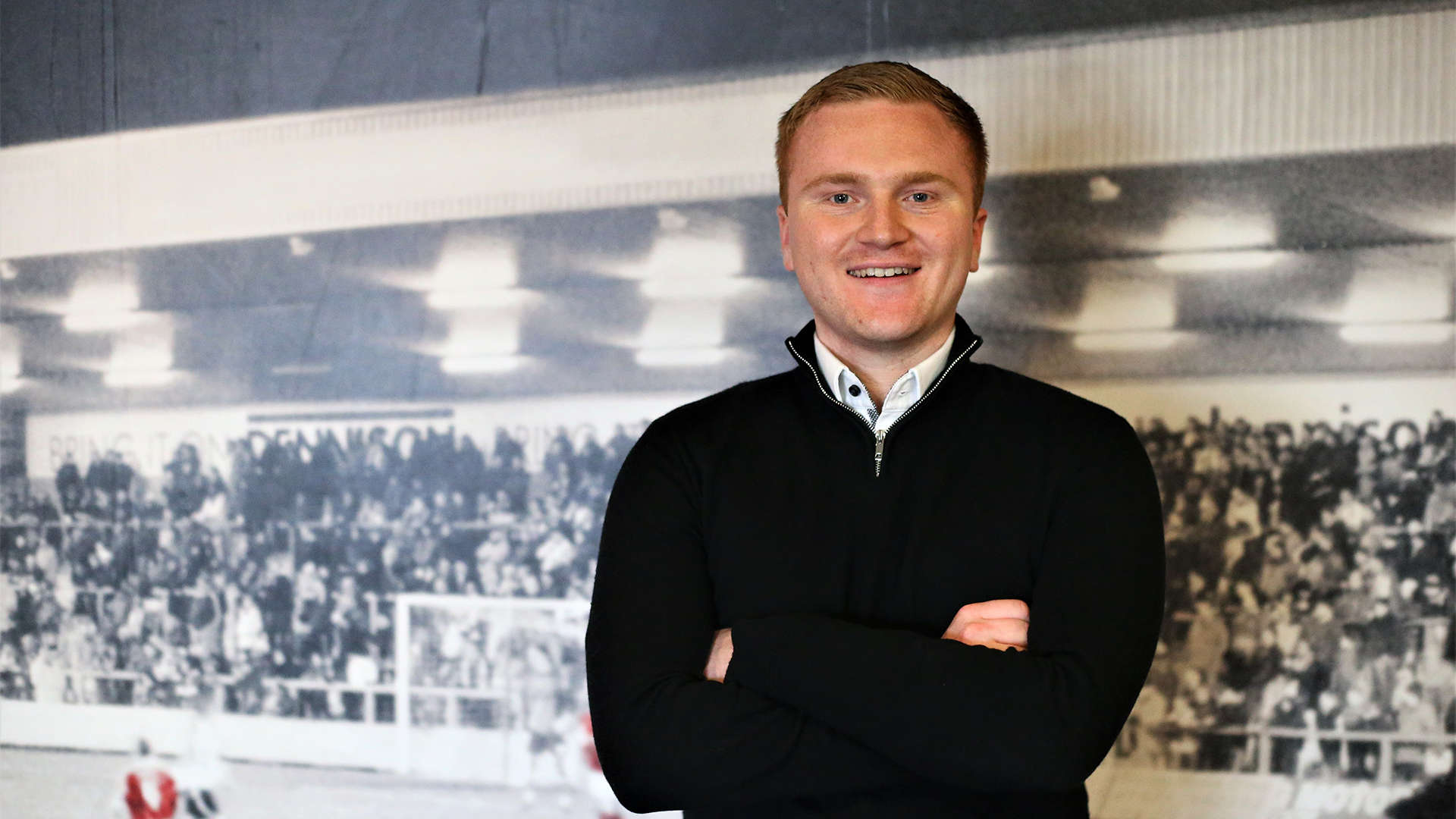 Morecambe Football Club has announced that Ben Sadler is being promoted to Chief Executive Officer at the Mazuma Stadium.

Ben joined the Club as General Manager a year ago, following four highly successful years at Harrogate Town AFC, and has played an instrumental role in elevating all non-football activities and operations to a new level, as the Club rapidly adapted to its first-ever season in Sky Bet League One.

During the last 12 months, Ben has seized the challenge of doubled attendances at the Mazuma Stadium with an astonishing sense of purpose, quickly winning the trust of staff and supporters alike. He has taken fan engagement to new levels, and it is no coincidence that the Shrimps have regained EFL Family Excellence status for the first time since 2018, as one of the three most improved clubs in the whole of the EFL.

Ben also joins the Board of Directors at the Club as he steps up into his new position. Adding a fresh perspective to Morecambe’s strategic leadership and ensuring that decisions can be actioned and challenges overcome more efficiently.

Director, James Wakefield said: "Ben has done exactly the job we needed him to do since he joined the Morecambe family, and he has done it in the right way. He has been tireless in his efforts to improve every single aspect of our non-football operations and he, more than anyone, has grasped what it really means to try to be sustainable and competitive at League One level.”

“Ben also understands that we have not yet achieved that aim, and we won’t until the Club is consistently competing as an established organisation in this division. We still have huge room for improvement, and this is therefore just the next step in our evolution. I am thrilled that we are fortunate enough to have a leader like Ben to take up the reins as our CEO at such a critical time.”

Ben Sadler added: “It is an honour to join the Board of Directors as CEO, here at Morecambe Football Club, at such an exciting and important time. This new role will allow me to work closely with, and support, all departments across the Club, to ensure we have a joined-up, and increasingly effective, approach to achieving our strategic goals.

"It has been a fantastic season on all fronts, as we have navigated new waters in League One. No doubt, we have all experienced challenges, but ones that the team have tackled head on, overcome and are now in a much better place for it.

"We are well on with our planning for next season, and with plenty of work to do to lift the bar once again, we have identified further opportunities to improve and develop, and I have absolute confidence that everyone at the Club will once again deliver and together we can achieve great things."