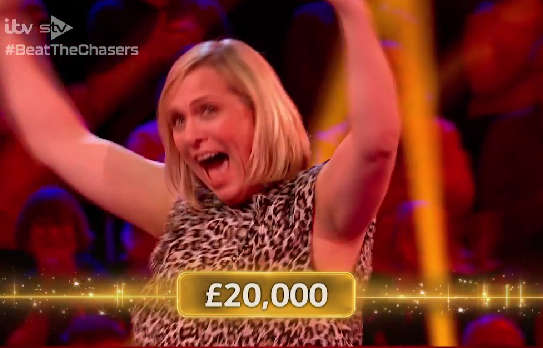 A Lancaster teacher has won £20,000 on ITV game show Beat the Chasers.

Val Evans scooped the prize on the popular show on Thursday night after defeating three of the UK's brightest quiz brains.

A delighted Val said she would spend her winnings on a new car.

Host Bradley Walsh said: "If you see Val around Lancaster in a new car you'll know where it's come from!"

Beat the Chasers is a spin-off from hit ITV quiz show The Chase. 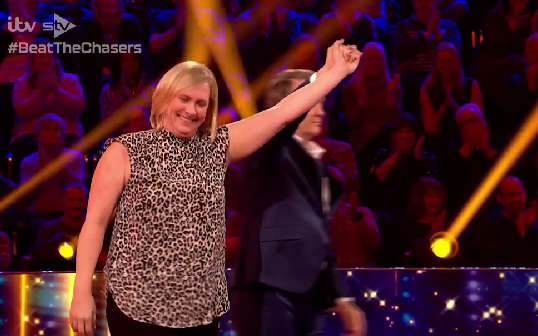 Contestants are offered a choice of how many of the UK's cleverest trivia buffs they would like to take on in a race against the clock.

After answering four questions correctly in the cash builder round, she decided to try to win £20,000 with a 19 second head start on her rivals.

She and The Chasers then had to answer alternate rapid-fire questions as both their clocks ran down.

Val won with 21 seconds to spare when The Chasers' time ran out, sparking scenes of jubilation in the ITV studio.

Beat the Chasers has been airing every night this week at 9pm on ITV1.

Val absolutely nailed her face-off against the Chasers and goes home with an amazing £20,000 to show for it! Big congratulations to Val on her victory 👏👏👏 #BeatTheChasers